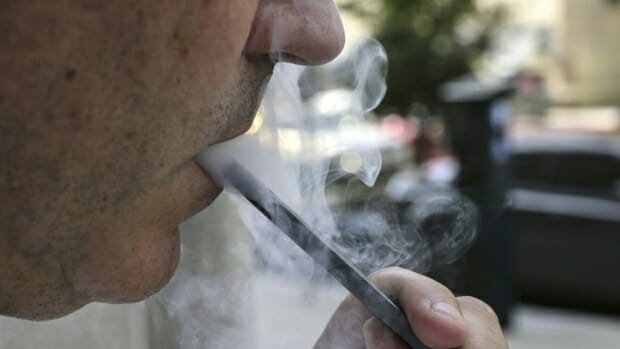 Massachusetts on Tuesday officially became the first U.S. state to ban — if temporarily — the sale of all electronic cigarettes, going further than states that only prohibited flavoured products.

The ban is effective immediately and will run until January 25, said Governor Charlie Baker, who declared a public health emergency in the northeastern state.

San Francisco in California had already adopted a similar citywide ban in July, but until now no other state had imposed a statewide ban.

“The purpose of this public health emergency is to temporarily pause all sales of vaping products so that we can work with our medical experts to identify what is making people sick and how to better regulate these products to protect the health of our residents,” Baker said.

In the past weeks a wave of severe vaping-linked pulmonary diseases that has sickened hundreds and caused seven deaths have been reported in the United States, according to the Centers for Disease Control and Prevention (CDC).

Massachusetts has recorded three confirmed and two likely cases, and some 50 other ailments are under analysis.

The US Food and Drug Administration (FDA)’s laboratories are testing more than 150 samples of suspect product, but have yet to identify the substance responsible for the patients’ pulmonary diseases.

Michigan and New York both banned flavored e-cigarettes earlier this month, concerned by both the vaping-linked pulmonary disease as well as the tendency of flavored products to make young people addicted to nicotine.

On Tuesday, the Los Angeles county board of supervisors adopted a measure suspending the sale of flavored electronic cigarettes.

According to a study published in 2017, 20 per cent of Massachusetts high school students use vapes and 41 percent had already tried e-cigarettes.

Initially, e-cigarette sales were restricted to people over 18. At the end of 2018, the U.S. raised the minimum age to 21.

Brent Stafford
It had all of the markings of a meticulously executed political attack campaign. After weeks of escalating news coverage, stoking fear...

21 & Done | A Comprehensive Plan To Address Underage Use...

FDA Probing Reports of Seizures by Users of E-Cigarettes

Suspect Science | Doctors at odds over value of vaping, as...