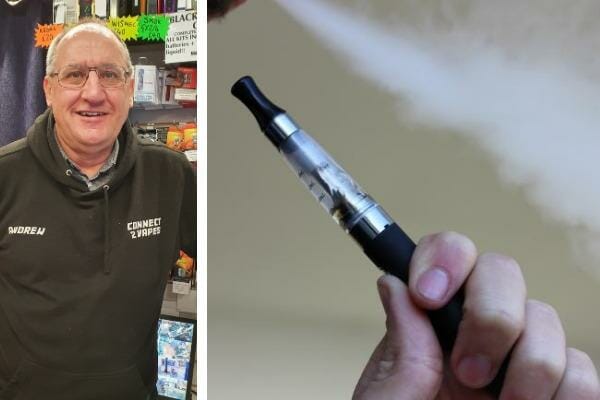 A VAPING shop owner in Worcester insists it would be “madness” to ban the e-cigarettes that have improved the life of his customers.

It comes on the back of news that vaping could soon be banned in the UK under recommendations set out by the World Health Organisation (WHO).

Their report says users being able to add their own ingredients could make vaping more harmful.

The prospect of a ban, which would affect around 2.4million Britons, is set to be discussed at a conference in Glasgow later this year despite UK public health officials saying vaping is 97 per cent after than smoking cigarettes.

But Andrew Connellan, who runs Connect2Vapes in Broad Street, Worcester, warned health officials should not throw out the baby with the bath water when it comes to tackling issues such as cheaper substitutes for branded products.

“My view is the same as that of the NHS,” said Mr Connellan.

“They are more than 90 per cent better than cigarettes and we have seen evidence of that amongst our customers.

Curate RegWatch
Both the U.S. Food and Drug Administration and the U.S. Centers for Disease Control and Prevention are working tirelessly to investigate...