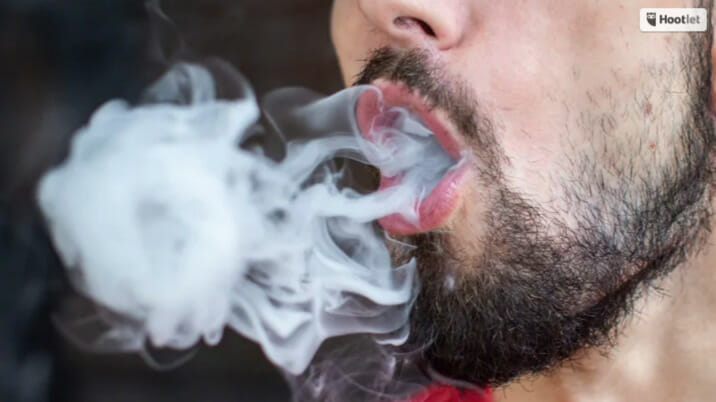 A plateau in cigarette sales is a short-term boon. A decline in vaping is more problematic.’

A year into the pandemic, it’s no secret which companies have been the big winners. Netflix Inc. had its biggest year ever, adding 36.6 million subscribers and ending 2020 with more than 200 million subscribers worldwide. Amazon.com Inc.’s stock rose 76%, cementing Chief Executive Officer Jeff Bezos as the richest man in the world. Peloton Interactive Inc., which went public in September 2019, was a $20 stock when the pandemic took hold in mid-March. Its shares now trade above $100.

Oh, and one other big winner: Altria Group Inc., the maker of Marlboro cigarettes. It turns out that in addition to streaming, shopping online and exercising, a lot of people have spent the pandemic smoking. And not just Marlboros either. British American Tobacco Plc, whose subsidiary, Reynolds American Inc., makes Camel and Newport cigarettes, and Liggett Vector Brands, which sells discount cigarettes, also had strong U.S. sales.

In the tobacco business, of course, “strong” has a different meaning than it does in other industries. As you can see from the chart below, cigarette sales in the U.S. have been declining slowly but steadily for years. The reason is obvious: Americans don’t smoke in the numbers they once did. In 1965, 45% of Americans smoked; now, thankfully, it’s down to 14%, according to the Centers for Disease Control and Prevention. In recent years, some of those who have stopped smoking have turned to vaping — something all the tobacco companies say they encourage because they all make their own devices.

Curate RegWatch
Researchers at the Center of Excellence for the Acceleration of Harm Reduction (CoEHAR*) in Catania, Italy have just published a groundbreaking study. It shows...

San Francisco, banning e-cigarettes is the worst solution to your least...