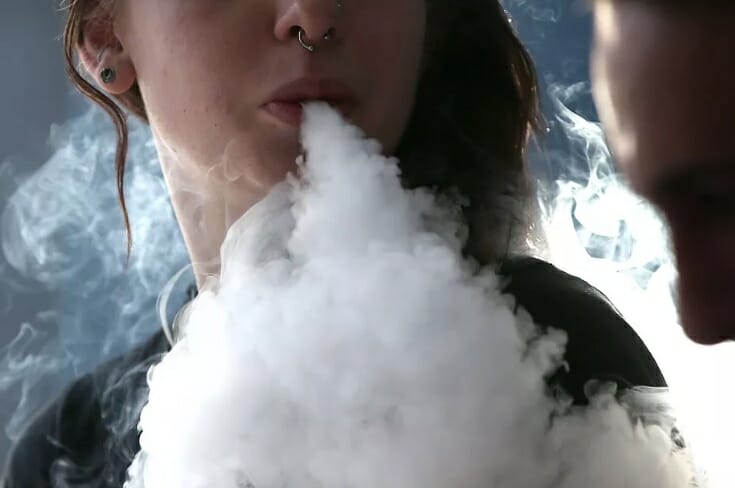 A survey found the number of people who think vaping is as harmful, or more harmful, than smoking keeps growing.

Amid the many controversies about vaping’s health effects, there’s one thing public health experts agree on: E-cigarettes are less harmful than regular cigarettes. Tobacco kills up to half of its users, which is why cigarettes are considered the deadliest consumer product ever introduced to the market. Even with the uncertainty about vaping’s long-term risks, researchers have found that vapers are exposed to fewer toxins and carcinogens than cigarette smokers.

There was also a rise in the number who believe vaping is more harmful or much more harmful than smoking, from 2 percent to 4 percent between 2017 and 2018.

The trend held even among current and former smokers — a group that might benefit from switching to vaping. That’s concerning, said Amy Nyman, lead author of the study and research associate in the School of Public Health at Georgia State University, in a statement. “Smokers who perceive too much risk from e-cigarettes may decide against using them to quit smoking and may instead continue with their combustible smoking habit.”

“Smoking itself is literally the most harmful thing anyone can do,” Michael Eriksen, a co-author on the paper and the founding dean of the School of Public Health at Georgia State, told Vox. “For the public to equate [e-cigarettes and cigarettes] and see [vaping] as more harmful than smoking is really surprising.”

Point/Counterpoint: How can we wipe out youth vaping: Copy the UK’s...

Curate RegWatch
From the column: "The United Kingdom followed the science and publicly endorsed vaping as a preferred method to help smokers quit." In...