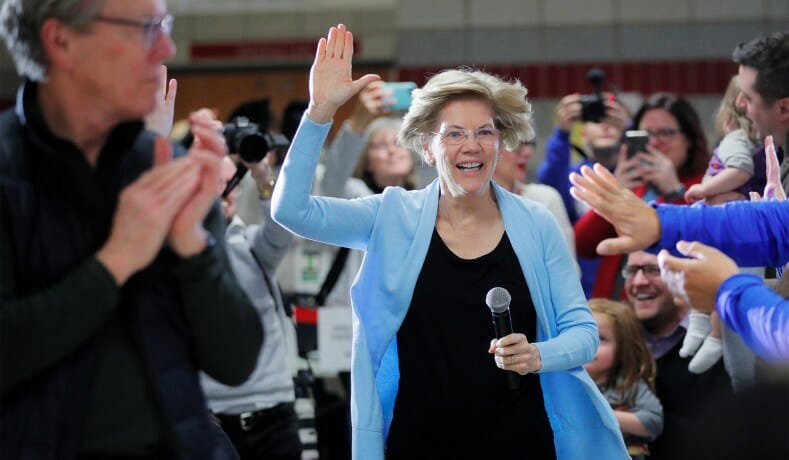 The Massachusetts senator released a plan that would “create civil and criminal penalties for knowingly disseminating false information about when and how to vote in U.S. elections” as well as hold tech companies accountable after the spread of online misinformation in the wake of the 2016 election cycle.

“I will push for new laws that impose tough civil and criminal penalties for knowingly disseminating this kind of information, which has the explicit purpose of undermining the basic right to vote,” Warren said in a statement. She added on Twitter that President Trump has “invited” disinformation and online foreign interference, which “erode our democracy.

Warren’s plan proposes new regulations on information and data sharing and urges Facebook, Twitter, and YouTube to crack down on voter misinformation efforts and work with the government to combat the issue.

“The safety of our democracy is more important than shareholder dividends and CEO salaries, and we need tech companies to behave accordingly,” the progressive senator candidate said. “That’s why I’m calling on them to take real steps right now to fight disinformation.”

Warren also encouraged her own supporters not to use disinformation to attack her 2020 rivals.

“I’m sending a clear message to anyone associated with the Warren campaign: I will not tolerate the use of false information or false accounts to attack my opponents, promote my campaign, or undermine our elections,” Warren said. “And I urge my fellow candidates to do the same.”

Warren has promised during her campaign to promote competition in the tech sector, saying large technology companies like Amazon should raise compensation for workers.

Facebook names first members of oversight board that can overrule Zuckerberg