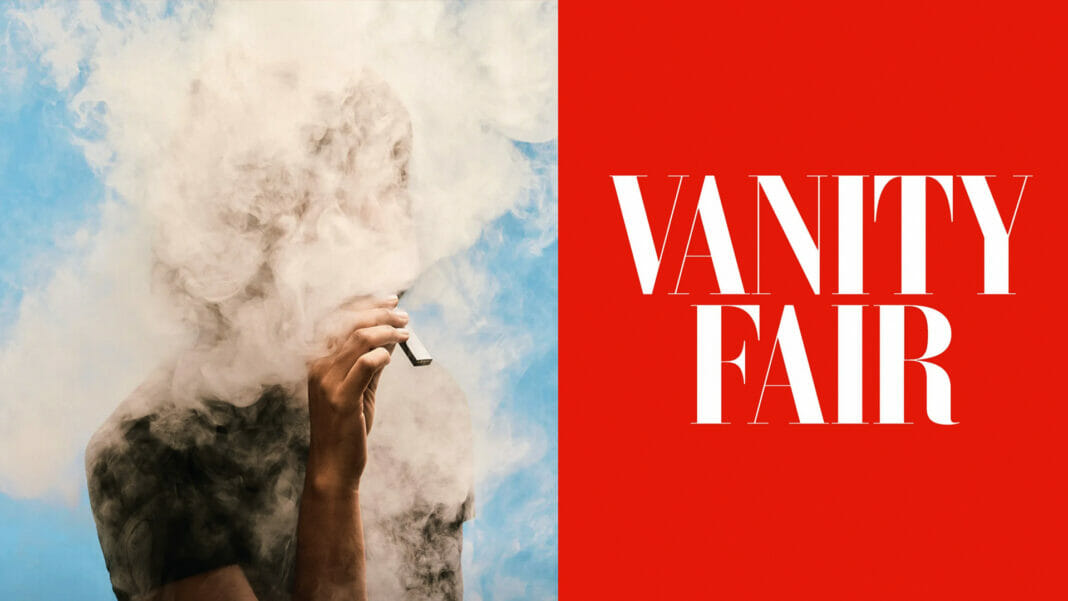 It is easy to forget now, given the speed with which we grew accustomed to the sight of our fellow citizens noisily dragging on devices that wouldn’t have been out of place on the set of Dune, but it was only in 2015 that Juul cracked the code on the unembarrassing electronic cigarette.

Juul’s sleek, USB-like design swiped away memories of earlier vapes, which were often clumsy metal representations of the real thing.

The Juul was charged via computer port, giving it the feel of a well-polished Apple product appearing in your life to alleviate your anxiety (anxiety being the issue many smokers know is at the heart of their addiction). It was the gadget of smokers’ dreams, and for creating it, cofounders James Monsees and Adam Bowen were handsomely rewarded: Juul reached “decacorn status”—a $10 billion valuation—quicker than any company in Silicon Valley history.
But Juul’s rapid ubiquity and rise to such tech-sector heights belied the small matter of its status with federal regulators. As it turns out, the devices have never been officially approved for use in the United States. For more than a decade, the FDA has punted the decision about whether e-cigarettes are a public health boon, leaving Americans to decide for themselves if vapes are a godsend with the potential to save the lives of millions of smokers—or the worst newfangled tech product to come along since the Zune (with the unfortunate side effect of potentially killing you).
The FDA said it would weigh in when it had more information. Finally, in October, the agency granted word from on high that one favored e-cigarette could be sold in the U.S. It wasn’t a Juul.

Curate RegWatch
In recent years, a growing number of Americans have been waking up to the failure of the War on Drugs. Officially initiated...