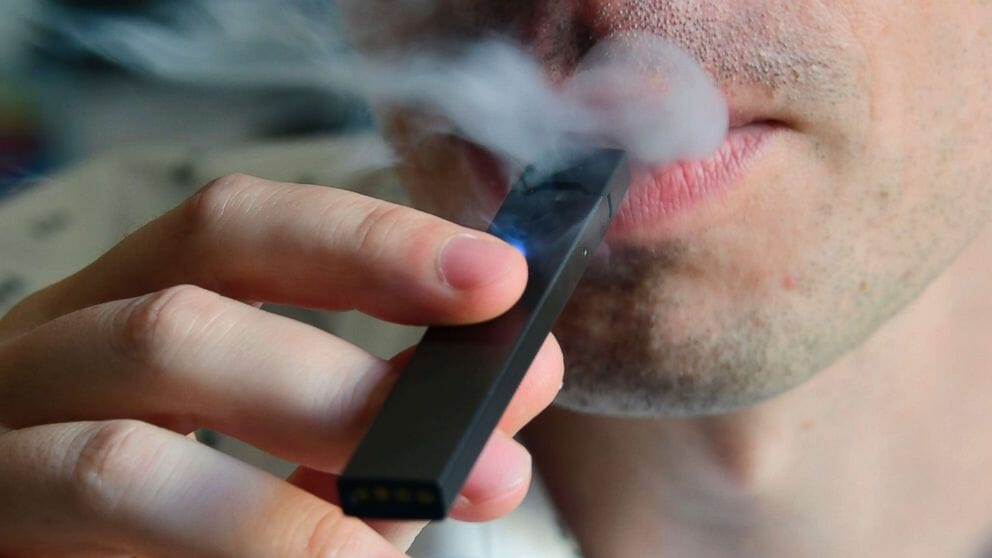 Breathlessness. This is our territory. Not the exhilarating breathlessness of a run or a climb, or the joyous breathtaking first meeting with a newborn. We work with the bad type of breathless. The gasping for breath, air hunger, intense tightening in the chest, feeling of suffocation and accompanying fear and desperation that come with diseased or worn out lungs.

Many of our patients are breathless because they smoked. This kind of breathlessness is unnecessary because it is avoidable. This breathlessness is the territory from which all elected officials ought to start when considering how best to regulate vaping.

From our province of Alberta, which lacks proper vaping legislation, we applaud British Columbia’s recent regulations. B.C. joins Nova Scotia in rejecting tobacco and vaping industry pressure and in helping to make vaping products less attractive and dangerous to children and youth, taking direct aim at the key source of addiction: nicotine.

These provinces require a nicotine-level reduction from a whopping 66 mg/mL to 20 mg/mL. (By contrast, a cigarette contains between 7.5 and 13.4 milligrams of nicotine.) The European Union and the United Kingdom, which have adopted the lower standard of 20 mg/mL, escaped the youth vaping epidemic. Ontario, meanwhile, has partially addressed nicotine concentration, but it still permits the sale of highly concentrated nicotine products in vaping shops.

Vaping flavours entice children and youth to have a gentle first experience of vaping, using candy or mint flavours to lure them into thinking that vaping is not harmful and to vape more. Then the high concentrations of addictive nicotine found in vaping products take it from there, and in short order.

Therefore, flavours in vaping products have wisely been banned by Nova Scotia, Prince Edward Island, the Yukon and Northwest Territories. B.C. and Ontario have restricted youth access to flavoured vapes by moving them out of convenience stores to adult-only vaping shops.

To divorce vaping products from the allure of coolness created by skillful marketers, B.C. astutely requires that vaping products be wrapped in plain packages with health warnings.

These policy options are available to legislators in the federal government and other provinces and territories, too.

Canadian elected officials must avoid being seduced by the tobacco and vaping industries’ false claim that vaping leads to smoking cessation. No vaping product has been approved as a smoking-cessation aid; the long-term safety of e-cigarettes is not known and there are many safer and more effective smoking cessation aids available.

Moreover, the evidence does not support industry’s claims that vaping leads to smoking cessation. In a systematic review, The Lancet Respiratory Medicine reported that the odds of quitting cigarettes were 28 per cent lower in those who used e-cigarettes compared with those who did not: “As currently being used, e-cigarettes are associated with significantly less quitting among smokers.” A review of all relevant studies published in the U.S. Annual Review of Public Health also stated that “these results suggest that e-cigarettes are contributing to the tobacco epidemic by attracting smokers who are interested in quitting but reducing the likelihood of those smokers to quit successfully.”

Vaping is harmful. Some of the known harms of vaping nicotine-based products have been widely reported. Nicotine has serious adverse effects to virtually every organ system, and can result in specific harm to lungs when inhaled. Nicotine exposure can also harm brain development in ways that can affect the health and mental health of youth. Recent studies have revealed that vaping liquid has potentially toxic effects in human cells. A 2019 longitudinal analysis examined the association of chronic respiratory diseases that cause breathlessness with e-cigarette use and concluded that e-cigarettes are “an independent risk factor for respiratory disease in addition to combustible tobacco smoking.”

Vaping, in fact, leads to cigarette smoking. A young person who would otherwise be at low risk of starting to smoke cigarettes is now 8.5 times more likely to become a cigarette smoker if he or she has vaped. Moreover, a 2018 U.S. National Academy of Sciences review found moderate evidence that vaping “increases the frequency and intensity” of subsequent cigarette smoking. As vapers move to cigarettes, we will see more people afflicted by avoidable lung disease.

B.C. and Nova Scotia’s bans represent a challenge for the federal government and all other provinces and territories to follow their fine example. It’s time to act on these basic truths: There is no convincing evidence that vaping reduces smoking in adults, vaping is harmful to adults, children and youth, and vaping introduces children and youth to smoking.

As physicians who specialize in lung function, some of us have already seen young people struggling to breathe because of vaping. Without proper regulation, we expect things to get worse. Because if you can’t breathe, nothing else matters.

Startup seeks approval for inhaler that would help smokers quit