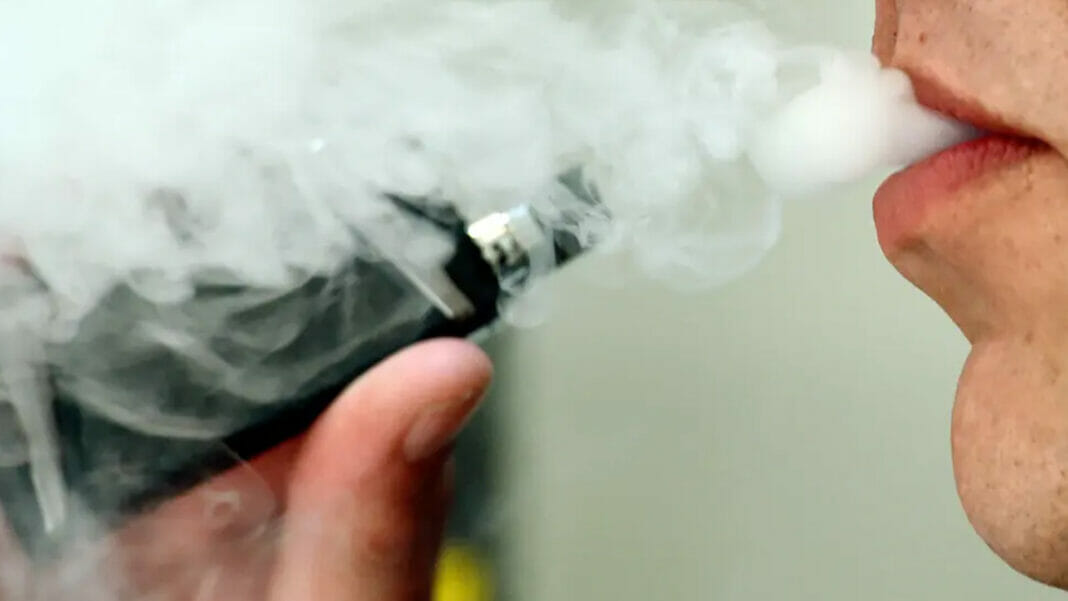 The global health body warned the use of such devices could act as a ‘gateway’ to tobacco consumption.

Electronic cigarettes have been branded “harmful” by the head of the World Health Organisation (WHO) as he warned their use should be better regulated to protect children and teenagers.

The global health body has recommended that governments bring in measures to stop non-smokers from starting to use e-cigarettes, saying such products are often marketed to young people using an array of different flavours which can “hook children on nicotine”.

“Where they are not banned, governments should adopt appropriate policies to protect their populations from the harms of electronic nicotine delivery systems, and to prevent their uptake by children, adolescents and other vulnerable groups”

E-cigarettes and vape pens are devices that simulate the feeling of smoking, and are sometimes referred to as electronic nicotine delivery systems.

But the WHO warned that they could act as a “gateway” to tobacco consumption, saying a global systematic review had recently found that children and adolescents using them are more than twice as likely to later use conventional cigarettes.

The sale of e-cigarette products to under-18s is banned in the UK but a recent report on vaping in England recommended that enforcement of age-of-sale regulations for vaping and smoking needs to be improved.

That report, commissioned by Public Health England (PHE) and published in February, found little change in levels of vaping in recent years, with the prevalence of young people aged 11-18 vaping at least once a month being 4.8% in March 2020.

A fifth of the young people who tried vaping said they had done so before they smoked and 28.9% said they had tried a vaping product and never tried smoking, according to PHE.

He said: “The best thing that a smoker can do is to stop smoking completely and the evidence shows that vaping is one of the most effective quit aids available, especially for smokers who have tried to quit before and failed, helping around 50,000 smokers quit a year.

“The evidence has been clear for some time that, while not risk-free, vaping is far less harmful than smoking.”

“Where they are not banned, governments should adopt appropriate policies to protect their populations from the harms of electronic nicotine delivery systems, and to prevent their uptake by children, adolescents and other vulnerable groups.”

In the WHO report published on Tuesday, Dr Tedros said electronic devices were being “promoted aggressively as ‘safer’ or ‘smoke-free’ alternatives to cigarettes” and that the tobacco and related industries are using “the same old marketing tactics to promote new tools to hook children on nicotine and circumvent tobacco legislation”.

Dr Adriana Blanco Marquizo, head of secretariat of the WHO Framework Convention on Tobacco Control (FCTC) said more research is needed on any possible effects of e-cigarettes.

She said: “Until independent research shows the real risk profile of these products, governments should be cautious. Science-based evidence, not marketing, should guide their actions.”

“For the more than one billion tobacco smokers in the world, electronic nicotine delivery systems are part of the solution, not the problem”

But Professor John Britton accused the WHO of not understanding the “fundamental difference” between a deadly tobacco addiction and being addicted to nicotine.

The emeritus Professor of Epidemiology at University of Nottingham said: “This report demonstrates that, sadly, the WHO still doesn’t understand the fundamental difference between addiction to tobacco smoking, which kills millions of people every year, and addiction to nicotine, which doesn’t.

“The WHO is also evidently still content with the hypocrisy of adopting a position which recommends the use of medicinal nicotine products to treat addiction to smoking, but advocates prohibition of consumer nicotine products which do the same thing, but better.

“The WHO is right that non-smokers, especially children, should be discouraged from using any nicotine product. But for the more than one billion tobacco smokers in the world, electronic nicotine delivery systems are part of the solution, not the problem.”

Dr Derek Yach, president of the Foundation for a Smoke-Free World, described the WHO’s approach to tobacco control as “fundamentally flawed”.

He said: “The exceptional growth of next generation devices offers the WHO a real opportunity to tackle combustible consumption once and for all. Over 100 million ex-smokers use reduced-risk products and the WHO should be taking advantage of massive investment in the sector by encouraging governments to provide an incentivised regulatory framework to enable greater expansion.”

It described the “encouraging progress” seen around the world, with smoking prevalence among people aged over 15 years having fallen from 22.7% to 17.5%.

New Zealand PM: ‘We know that vaping is making a difference’