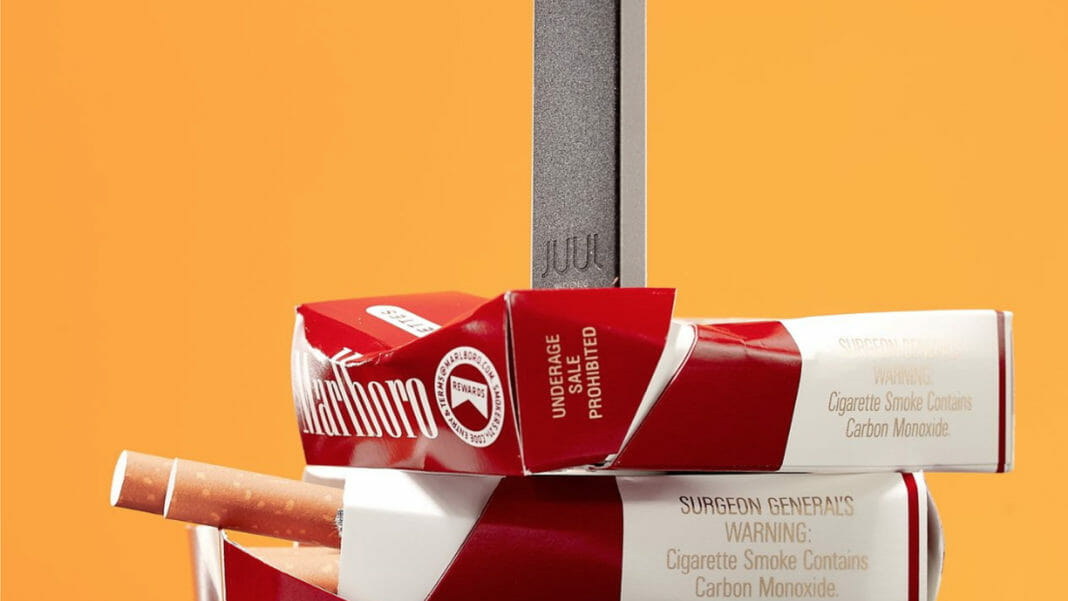 Tobacco-giant Altria says its $12.8 billion investment in the hot e-cigarette company will give it a piece of the fast-growing segment of the market. FDA scrutiny poses risks.

The biggest U.S. tobacco company has made a $12.8 billion bet on a company whose stated goal is to get smokers to drop cigarettes. The calculated gamble: The move will help the Marlboro maker keep up with a quickly changing market. The risk: It could hasten its own decline.

Facing an accelerating fall in cigarette sales, Altria Group Inc. in December put billions into Juul Labs Inc., a controversial startup whose sleek, nicotine-packed vaporizers have fueled a surge in the e-cigarette market.

Addressing employees gathered at the company’s headquarters after the deal, CEO Howard Willard said a bold change was necessary. Smokers were switching to vaping, and Altria’s own e-cigarettes were unlikely ever to catch up to Juul. But some workers were worried the new boss was undermining the company’s core business, which churns out more than 300 million sticks a day.

The investment for a 35% stake in Juul—plus a $1.8 billion bet on a Canadian marijuana grower the same month—upended a century-old company known for its steady share price and reliable, generous dividends. Altria’s credit rating was downgraded. Investors dumped the stock. Hundreds of scientists, designers, lawyers and other staff lost their jobs in restructuring after the partnership.

Curate RegWatch
The researchers theorized sugar and pesticides on fruit might be some of the reasons why there are higher instances of cancer Drinking...