Arrogant, autocratic and unaccountable best sums up the sentiment UK vapers have for the faceless EU bureaucrats in Brussels. At times it seems they will stop at nothing to see the vaping industry choked into submission via its recently enacted Tobacco Products Directive. But just as the TPD went into force, vapers in the UK heard the Brexit war cry and turned out in droves to strike a lethal blow upon the bloated institution.

Does the Brexit referendum mark the end of the TPD for Britain? Or, will vapers suffer a rude awakening as economic imperatives force the UK to remain in the single-market, thus entrenching the TPD into the annals of regulatory infamy?

Find out, in this episode of Reg Watch where we talk in-depth with Clive Bates, former executive director of Action on Smoking and Health and international renowned tobacco control expert. Bates says the Brexit win may cost vapers dearly as the opportunity to influence the TPD may now be lost—only on RegWatch by RegulatorWatch.com. 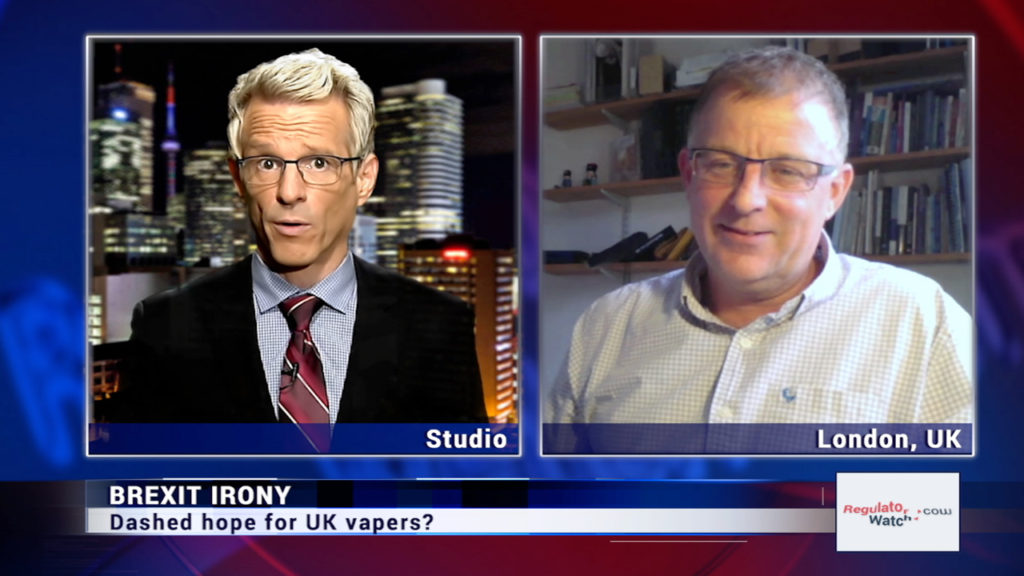 Curate RegWatch
Yesterday, FDA filed a motion with the United States District Court for the District of Maryland requesting a 120-day extension of...

Coronavirus Could Lead to a US Vape Shortage, Sources Say |...