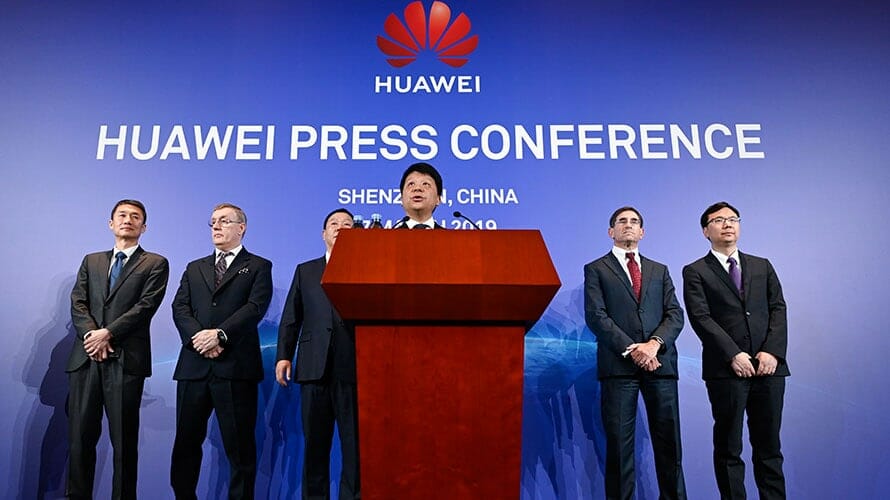 America is falling behind

China and the United States have become locked in a competitive struggle over who will control two technologies widely expected to transform the global economy: artificial intelligence and the next generation of wireless service, or 5G. That years-long slow-boil began to heat up in recent weeks. And naturally, it involved a tweet.

Most recently, Chinese telecom equipment and consumer electronics giant Huawei filed suit against the U.S. government on Thursday, alleging that a law passed last August banning the company’s hardware is unconstitutional because it unfairly targets Huawei.

The arms race between the two superpowers over the tech talent, physical infrastructure and industrial muscle—not to mention the IP that comes with the technologies—that will unlock these advancements has been increasingly evident in diplomatic machinations, public investments of varying size and outward rhetoric from state leaders, as each country’s government has moved the technologies to the top of their respective economic agendas.

These struggles are about more than economic opportunity alone. The shift to 5G networks, which promise to eventually reach speeds up to 100 times faster than what’s currently available, could expand the role of wireless communications systems into everything from power grids to traffic, while AI is already facilitating the mass collection and processing of data that will power critical tools like autonomous driving and facial recognition.