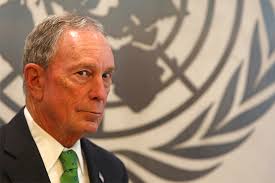 In Latin America there is an established, stable vaping market that coexists with laws banning commercial sales of vaping products.

This is the case in all Latin American countries except Costa Rica and Colombia. The informal “no-regulation” environment which has served vapers and the vaping industry in Latin America—and in many Lower and Middle Income Countries (LMICs) around the world—is very different from the environment in high income countries like the United States, Canada, and most European countries.

These prohibitions are not strictly enforced most of the time, as law enforcement is lax and regulating bodies that should enforce them do not have the resources and personnel to do it (there is no comparison with the FDA). While e-cigarette sales are, strictly speaking, outside the law, they are not black market operations run by organized criminals, but small businesses run by vendors acting within the large unregulated informal markets prevalent in the region.

Opposition to vaping has been (and still is) harsh and visceral, but it is restricted to organized anti-tobacco groups claiming to fight the tobacco industry (which they erroneously claim promotes vaping). These are non-governmental organizations (NGOs) sponsored by Bloomberg Philanthropies and associated charities like the Campaign for Tobacco-Free Kids, acting in synergy with small but influential groups of health professionals clustered in the tobacco control sections of government public health institutions.

New vaping laws in Saskatchewan aimed at lowering use among young...

Cities with the Worst E-Cigarette Problem