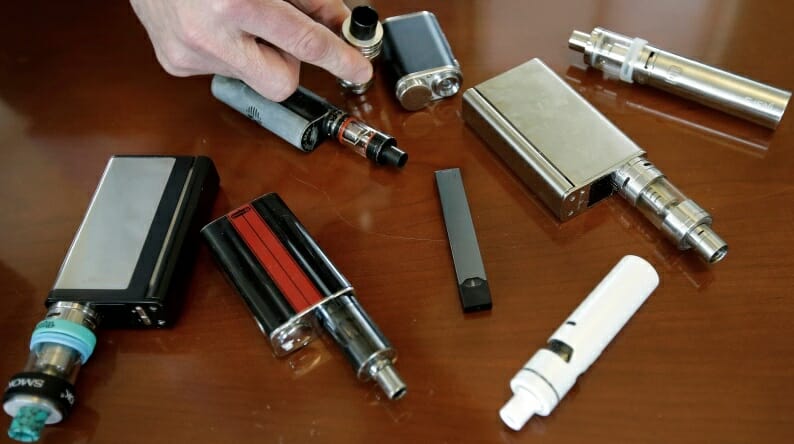 The House Energy and Commerce Committee and the Massachusetts attorney general’s office are investigating exactly who spammed millions of bot posts promoting e-cigarettes while downplaying or misleading viewers on its effects on human health.

House investigators sent requests to five leading vaping manufacturers about whether they used bots to push vaping on social media, as well as provide account details of any such bots and whether their posts included paid-promotion disclosures, according to the Wall Street Journal. One source told the paper the intent is specifically to find out whether major companies were engaged in deceptive, targeted social media marketing. The Massachusetts investigation is focused on what the Centers for Disease Control has called skyrocketing rates of vaping among young people, and whether companies used the bots to illegally market to minors.

The House and the Massachusetts attorney general are not alone: Both the Federal Trade Commission and the U.S. Food and Drug Administration are also investigating social media marketing, with the FTC ordering several companies to submit reports on “all expenditures for advertising on any company-controlled social media account or channel.”

Spokespeople for Reynolds American Inc. and Juul Labs Inc. told the paper their companies did not use bots, while NJOY LLC and Japan Tobacco International USA Inc. have also denied they were involved. Fontem Ventures, the owner of e-cigarette manufacturer Blu, didn’t respond to the Journal’s request for comment.

The Journal noted that public health nonprofit Public Good Projects recently released a report (funded by the Nicholson Foundation) indicating that of 1.2 million tweets related to e-cigarettes or tobacco, roughly 77 percent came from suspected or likely bot accounts. A 2015 study in the Journal of Medical Internet Research found that between 2008 and 2013, of 1.7 million tweets about e-cigarettes, approximately 93.4 percent were advertisements.

Curate RegWatch
Late last week, a U.S. District Court judge in Maryland issued a decision that, among other things, requires makers and importers...