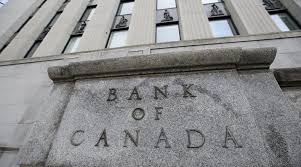 The bill would also give Ottawa authority to ‘purchase or hold a company’s shares’ and allow the health minister to, in effect, break patents on medical devices

The Liberal government will table emergency legislation on Tuesday that would equip Finance Minister Bill Morneau with far-reaching powers to raise taxes up until the end of 2021, and bail out companies without apparent limitations, according to a draft of the bill obtained by the National Post.

The bill, tabled in response to the COVID-19 pandemic, would allow cabinet to create, remove or modify any tax through regulations, and therefore without the approval of Parliament. It would also give Ottawa the authority to “purchase or hold a company’s shares,” offer new lines of credit, and guarantee pools of debt without the need for new legislation, according to the draft. It would allow the health minister to, in effect, break patents on medical devices that might need to be made urgently.

The draft bill was still in negotiation as of late Monday, and still needs to be passed in the House of Commons. Negotiators could still drastically scale back the powers afforded to Ottawa before the legislation goes to a vote. Some policymakers are returning to Parliament Hill on Tuesday to debate the legislation, which would trigger a range of fiscal measures already announced by Morneau.