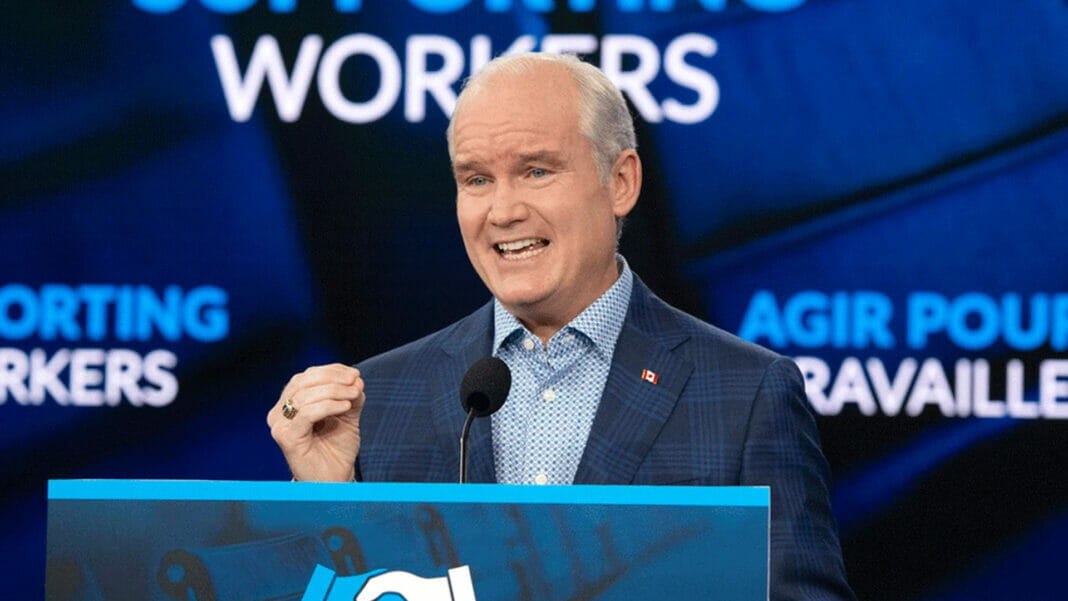 It may not have been a lack of compassion that motivated previous Conservative leaders’ approaches to addiction, but a misunderstanding of how addiction works

Would an O’Toole-led government stand in the way of new safe-injection sites?
“No, we would not.”“We want recovery and treatment to … be at the fore of a national approach that recognizes harm reduction (and) recognizes compassion within our criminal justice system for people with addiction,” O’Toole said at Last Door, a residential addiction-treatment facility for men in New Westminster, B.C.O’Toole’s predecessors had a fallback position at their disposal, which was simply to say they weren’t in the business of meddling with health care, which is provincial jurisdiction. By endorsing harm reduction outright, O’Toole blew straight past that and landed in what I believe is the right place: People who want to get clean should have the necessary resources, but in the meantime, it is imperative we do everything to keep them alive. If you overdose at a safe-injection site, you are almost guaranteed not to die.
Asked Monday in Ottawa how he would respond to Conservatives who see harm-reduction measures as betraying the party’s law-and-order bona fides, O’Toole said, simply, “I disagree with them.”“Conservatives have always been compassionate,” he argued, citing the public-service record of groups like the Rotarians and Lions, and church congregations, that founded the first food banks and homeless shelters. “When it comes to law and order, our tougher approach on the criminal justice system should be preserved for people that are harming others — the dealers, the people exploiting people with addiction.”It may not have been a lack of compassion that motivated previous Conservative leaders’ approaches, but rather a simple misunderstanding of how addiction works. For many people, treatment never takes. For those who do recover, it often takes several tries in different kinds of facilities using different approaches.

The opioid crisis of recent years should have brought that into sharper relief, while highlighting that addiction knows no boundaries of class, race or geography. If the crack epidemic of the 1980s was thought of as primarily urban and Black affliction, the prescription-drug-fuelled catastrophe of recent years has done the opposite. The highest rates of illicit-drug overdose deaths in B.C. this year were in Victoria, Courtenay and Langley, not Vancouver. In 2020, the rate of opioid overdose fatalities in the Toronto public health unit (PHU) was 17 per 100,000. It was 30 or higher in the Ontario PHUs containing Peterborough, Niagara Falls, Sarnia and North Bay; at least 40 in the PHUs containing Thunder Bay, Timmins, Kapuskasing and Sault Ste. Marie.

In Sudbury, it was 53. Walk around downtown Sudbury and you will not fail to notice the problem.

There are a lot of terrified and grieving parents, children and loved ones in those places who will tell you. that “go to treatment or go to prison” is no solution. (Our prisons are full of opioids anyway.) A lot of them are natural Conservative voters.

It is certainly true that safe-injection sites aren’t doing all that they’re supposed to do in every case. You will find plenty of liberal-minded and compassionate people living around Toronto’s Regent Park neighbourhood who swear things have gotten worse since safe-injection sites opened up nearby, not better: more needles on the street, more public drug trade and use. That wasn’t supposed to happen. And while some potential improvements are obvious (for example, longer opening hours for clinics, so addicts aren’t using on the sidewalk out front), at the end of the day, addiction and the free market combine into a fearsome force.

“If I want to find my drugs, I’ll find them. You’re not going to stop me from finding them,” said Chris Ensard, a 49-year-old resident and volunteer at Last Door who battled through a crippling cocaine addiction.

In other words: Prohibition doesn’t work. Indeed, it often leads to infuriating outcomes: In 2013, the U.S. Food and Drug Administration approved a version of Oxycontin that couldn’t be crushed into powder and snorted. The primary effect of this was to redirect people who were addicted to a predictable pharmaceutical-grade opioid to infinitely more dangerous street heroin.

It’s certainly better to focus law-enforcement efforts on smugglers and producers and dealers than on those addicted to their products. But we’re never going to crack down hard enough on suppliers to make it not worth their while. The ultimate harm-reduction technique, really, is decriminalization: substitute street drugs with pharmaceutical-grade opioids prescribed by a doctor or nurse.

When I asked O’Toole whether his new non-intervention policy applied to such efforts, which are already underway in several Canadian jurisdictions, he didn’t answer directly. But in finally planting his party’s flag in defensible territory on one of the central medical disasters of our age, he has hugely bolstered the Conservatives’ claim to be the party of practical solutions to Canada’s problems.

Brent Stafford
Is the World Health Organization poised to kill millions of people? Just as vapers in several countries began to feel like...

How Can We Integrate Nicotine Into Harm Reduction Programs?