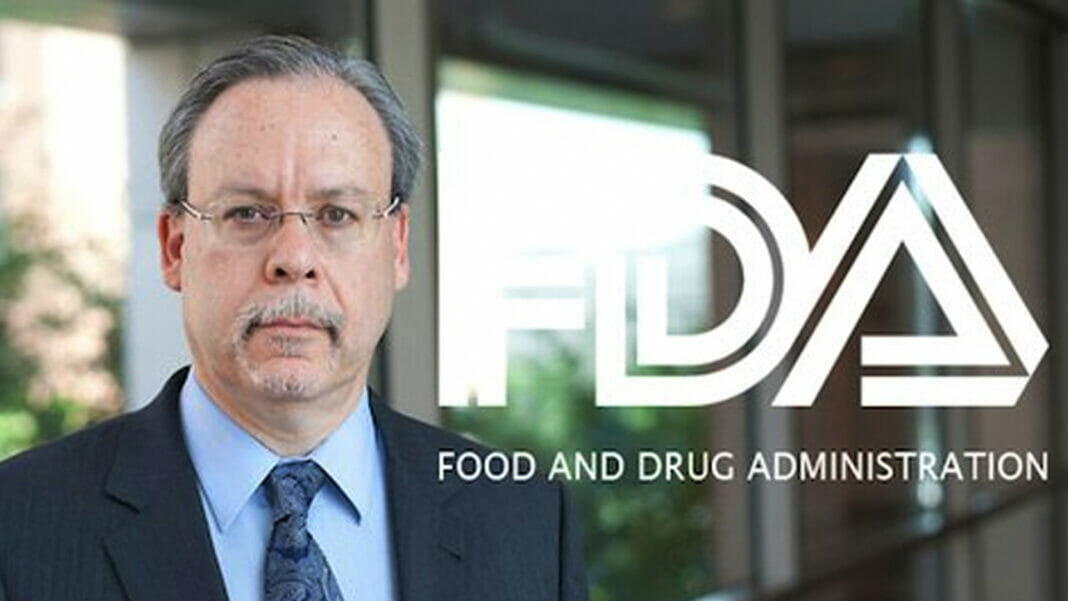 The agency reported that it has received marketing applications from more than 500 companies for millions of e-cigarette products. Did you anticipate receiving so many?

We knew it was going to be a lot. Most of the applications came in during the final days and weeks leading up to the September 2020 deadline, and we were not surprised when the final tally was that it was applications for just under 6.7 million products.

We were prepared both operationally and from a scientific review standpoint. And to fast forward to today, we have taken final action, one way or the other, on more than 6.6 million of the almost 6.7 million products that were the subject of timely submitted applications.

To get FDA approval to sell a prescription drug in the United States, you have to prove that the drug is safe and effective. What is required to get FDA to clear an e-cigarette for marketing approval?

But it’s a very important distinction between the safety and efficacy standard for approving drugs and the one needed to issue marketing authorization for e-cigarettes. The statutory standard for tobacco products is this very general, population-level public health standard. The words of the statute are: “appropriate for the protection of the public health.” That’s the standard we use.

How do you apply that standard in practice?

It is a general standard. But Congress did include mandatory considerations in the Family Smoking Prevention and Tobacco Control Act. And so, by law, when we get one of these applications, we have to consider the product’s impact on existing users of cigarettes and other tobacco products and on nonusers of the product.

With regard to users, the question is: Will they continue to use the tobacco product that they’re already using, or will they switch to the new tobacco product that’s in the application? For nonusers, the question is: Will any of them initiate use of the new product? And it’s basically a net assessment at the population level of the benefits and risks of that new product.

And the burden is 100% on the company, by law, to demonstrate that the marketing of their product is appropriate for the protection of the public health.

How do you weigh benefit versus harm of e-cigarettes? What does that involve?

Most e-cigarettes are flavored. And the 2021 National Youth Tobacco Survey found that more than 2 million middle and high school kids were current users of e-cigarettes, and that approximately 85% used a flavored product. The flavors that are the most popular with kids are fruit, candy, mint, and menthol. So when it comes to flavored e-cigarettes, we have this built-in concern about the popularity of those products with kids.

At the same time, there’s a very important ongoing debate about e-cigarettes and harm reduction for adults. And it’s a very fair question to ask: What is the potential benefit for adults of switching from conventional cigarettes to e-cigarettes? Especially if there’s complete switching to an e-cigarette, where they can still inhale nicotine, but they’re inhaling a fraction of the 7,000 chemicals that are in every puff of conventional cigarette smoke that goes into the lungs.

But when it comes to kids, the harm reduction question doesn’t apply because kids should not be inhaling any of these products into their lungs.

Ultimately, the legal burden is on the companies to demonstrate that the benefit to adults is going to outweigh the harm to kids. And that’s why we would be looking for either a randomized controlled trial, a longitudinal cohort study, or some other kind of rich and robust data to show proof of a benefit. If we don’t see any of the kind of science that should be there to demonstrate benefit, that’s an application that’s probably headed for a denial.

There have been concerns about the safety of the liquids used in e-cigarettes, whether they contain potentially dangerous chemicals. As part of the application process, do companies have to prove that the liquid itself is safe?

They have to give us all the chemistry and toxicology data, and they have to identify what’s in the product, including the liquid and the aerosol it generates. We can also do physical inspections of their manufacturing facilities, or remote records inspections, to verify the information in an application.

So one of the ways that an application can fail is at a stage before we even get to scientific review—when there isn’t enough of the necessary information about the product for us to be able to conduct a review. We have rejected applications for millions of products on that basis.

Many e-cigarettes were on the market before the requirement to apply for marketing authorization. Are any of those still out there because the applications for those products haven’t been reviewed yet?

The answer is: It depends. We have found products on the market for which the company never submitted an application. When that happens, we send those companies a warning letter, telling them that they need to remove those products from the market. And if they don’t, they risk us taking them to court.

Then there are products that were on the market already and that were the subject of an application that was submitted by the deadline, but we haven’t gotten to their application yet.

In your view, is there strong evidence that e-cigarettes can help current smokers quit? What are you seeing in the applications you’ve received?

And we also look at the published literature. And what the literature tells us, and what the US Preventive Services Task Force tells us, is: There’s insufficient evidence at a population level that e-cigarettes are effective for smoking cessationExit Disclaimer.

That’s not to say that e-cigarettes haven’t helped some people transition away from conventional cigarettes. I’m sure that they have. But if people are looking for products to help them quit, there are FDA-approved prescription and over-the-counter medications—some with nicotine, some without—that are safe and effective and have been proven to help people quit, especially when combined with smoking cessation counseling.

I don’t want to diminish the anecdotal reports, because we’ve gotten the letters and the emails and I have no reason to doubt the individuals that said, “If it weren’t for this product, I would still be smoking cigarettes.” But again we can’t make the regulatory decisions that we need to make on the basis of just anecdotal reports.

Could e-cigarettes be something that a doctor could prescribe to a patient to help them quit smoking?

Yes, that actually could happen. That’s up to the e-cigarette companies, because the companies get to decide what kind of authorization they want to seek from FDA. There’s no reason why an e-cigarette company can’t say, “Thank you, Center for Tobacco Products, but we’d rather our product be regulated as a drug and we’re going to submit applications to the Center for Drug Evaluation and Research.” That’s their choice.

And, in that case, the product would be subject to the safety and efficacy standard: the company must provide the required data, which includes the results from two adequate and well-controlled trials. And then the Center for Drug Evaluation and Research would determine whether the evidence is strong enough to warrant an indication as a drug. So, theoretically, the answer to your question is yes.

And nobody has taken the drug pathway yet?

Well, if they have, it’s not public because that’s not a public process. But one can look around and see that no e-cigarettes have been approved for use as safe and effective cessation aids.

The Food and Drug Administration (FDA) first attempted to regulate e-cigarettes more than a decade ago. The regulations would have treated e-cigarettes as what the agency calls drug/device combination products. What followed was a series of lawsuits and court rulings. Starting in 2016, the agency was able to begin regulating e-cigarettes—this time as tobacco products. Under those regulations, companies must submit an application to FDA to keep selling existing e-cigarette products or to sell new products.

After further lawsuits and delays, some caused by the COVID pandemic, a September 2020 court-ordered deadline was established for companies to submit applications to FDA seeking to market their e-cigarette products in the United States. In this interview, Mitch Zeller, J.D., director of FDA’s Center for Tobacco Products, provides insights into how e-cigarettes are regulated and recent FDA actions on e-cigarettes.

Curate RegWatch
A difference-in-difference analysis examining the change in vape product sales in Massachusetts, New York, Rhode Island, and Washington before and after flavour bans,...