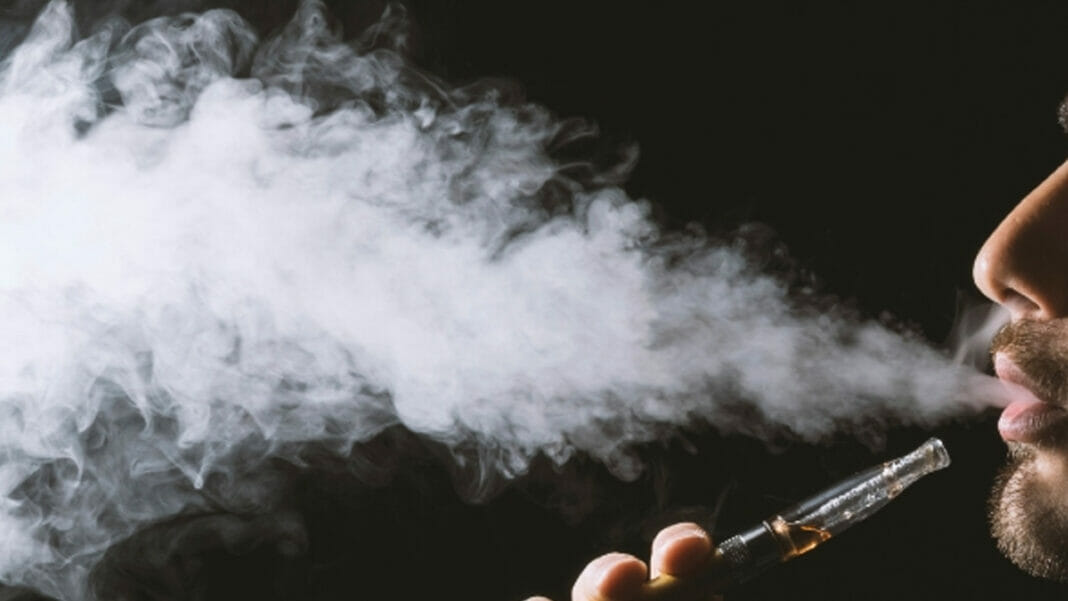 The agency has deferred its decision on the largest vaping companies, including Juul.

FDA has ordered more than 5 million e-cigarette products off the market, it said Thursday, in an announcement timed to a court-ordered deadline that will determine the future of the vaping industry.

But the agency surprised many observers by delaying its decision on the industry’s largest players — Juul, Reynolds American’s Vuse and NJOY — after saying for months that its review process would give priority to firms by market share. The majority of companies that received market denial orders so far have been small and medium-sized companies.

Still, the last-minute verdicts drastically narrow the e-cig market in the United States. Lawmakers and public health organizations groups have lobbied for years to limit the e-cig market, arguing that the risks of vaping exceed its benefits. Much of the concern has focused on flavored e-cigarettes’ appeal to minors. A 2020 study from the CDC and FDA found that among current adolescent smokers, more than 80 percent of high school students and 70 percent of middle school students use flavored vape products.

In its announcement Thursday, FDA said the makers of the banned products “failed to provide sufficient evidence” that the benefits to adult smokers, for whom vapes are a less-damaging alternative to traditional tobacco, outweigh the “documented risks to youth.”

“We are committed to working as quickly as possible to transition the current marketplace for deemed new tobacco products to one in which all products available for sale have undergone a careful, science-based review,” acting FDA Commissioner Janet Woodcock and the director of the agency’s Center for Tobacco Products, Mitch Zeller, said in a statement. They noted that the banned products included flavors such as “Apple Crumble, Dr. Cola and Cinnamon Toast Cereal.”

But groups that oppose vaping and those that represent smaller e-cig makers both found fault with FDA’s approach.

“The reality is, [FDA] hasn’t made decisions on the products that have actually fueled the youth e-cig epidemic,” said Matthew Myers, the president of the Campaign for Tobacco-Free Kids. He is frustrated that the agency has not decided whether the largest companies’ products meet the regulatory standard — as is Nancy Brown, the chief executive officer of the American Heart Association, who issued a statement calling FDA’s course of action “deeply disappointing.”

Amanda Wheeler, the president of the American Vapor Manufacturers Association, expressed her displeasure bluntly. “It was a bloodbath,” she said.

And in a statement, American Vaping Association President Gregory Conley said “it is absolutely absurd that the same agency that found time to ban over six million vaping products manufactured by small businesses is now indicating they need more time to review products with massive market shares.”

E-cigarettes have grown in popularity in recent years, but have operated in a gray area without many of the rules and restrictions FDA applies to traditional tobacco products like cigarettes. That began to change in 2016, when the agency finalized a rule that gives it full regulatory control over tobacco products, including e-cigarettes. The policy requires all companies with products introduced by Feb. 15, 2007, or later — including e-cigarettes, cigars, hookah, pipe tobacco, dissolves and nicotine gels — apply to stay on the market.

FDA received approximately 6.5 million applications from e-cig makers by its Sept. 9, 2020, application deadline. The agency told the companies they must demonstrate that their products were “appropriate for the protection of public health” and would be safe for current smokers and unappealing for non-smokers. FDA said e-cig makers could continue selling their products for one year while the agency reviewed their submissions.

The last tobacco product to receive FDA clearance through this policy — known as premarket review — before the deadline Thursday was Philip Morris International’s IQOS heated tobacco system in 2020.

FDA began issuing decisions on e-cigarette applications this summer ahead of its deadline Thursday. In August, the agency sent a “refused to file” notice to a company whose application covered 4.5 million products but was missing key information. As of Thursday, it had issued 132 marketing denial orders that covered roughly 946,000 flavored e-cigarette products.

The fate of e-cigarette products with flavors like tobacco and menthol is unclear. FDA in the last few days banned some e-cigs that fall into these categories, but has not issued decisions on other companies’ menthol and tobacco flavors.

Vape shop owners say that these products make up a small fraction of their business sales compared to other flavors. “They equate to about 1 percent of our sales, if that,” said Jon Roundy, the owner of Tasty Haze, LLC, a vape shop in Rainbow City, Ala. Roundy was among the vape shop owners who received FDA bans on all of his flavored products Thursday.

The agency said in an Aug. 26 statement that menthol e-cigs raise “unique considerations,” and tobacco and menthol reusable e-cigarettes are currently allowed on the market. Roundy is unsure if his tobacco and menthol flavored products fall under the FDA denial he received. “There’s no other clarification yet whether or not I can legally sell those if I wanted to,” he said.

Large companies like Juul and Vuse, who have not yet gotten a decision from FDA on their products, are also in limbo. FDA said that it would issue verdicts on any remaining applications on a rolling basis, and that any products that it had not authorized for sale “are marketed unlawfully and are subject to enforcement action at FDA’s discretion.”

The agency added that it will apply those rules on a “case-by-case basis … recognizing that we are unable, as a practical matter, to take enforcement action against every illegally marketed tobacco product.” FDA has said its top priorities for enforcement are flavored e-cigarettes that appeal to youth and products for which it has not yet received applications or whose applications it has already denied.

“We respect the central role of the FDA and the required thorough science- and evidence-based review of our applications, which is key to advancing harm reduction and earning a license to operate,” said a spokesperson from Juul. “We remain committed to transitioning adult smokers away from combustible cigarettes while combating underage use.”

“Even though products like JUUL are technically being marketed illegally, FDA signaled that it will not take imminent action to remove them,” said Lee Savio Beers, the president of the American Academy of Pediatrics, in a statement. “This is a reckless decision that will allow products proven to addict and endanger young people to continue being sold.”

Brent Stafford
It’s the mortal enemy of the tobacco industry, the Non-Smokers’ Rights Association. For over 40-years, the NSRA leads the effort to...