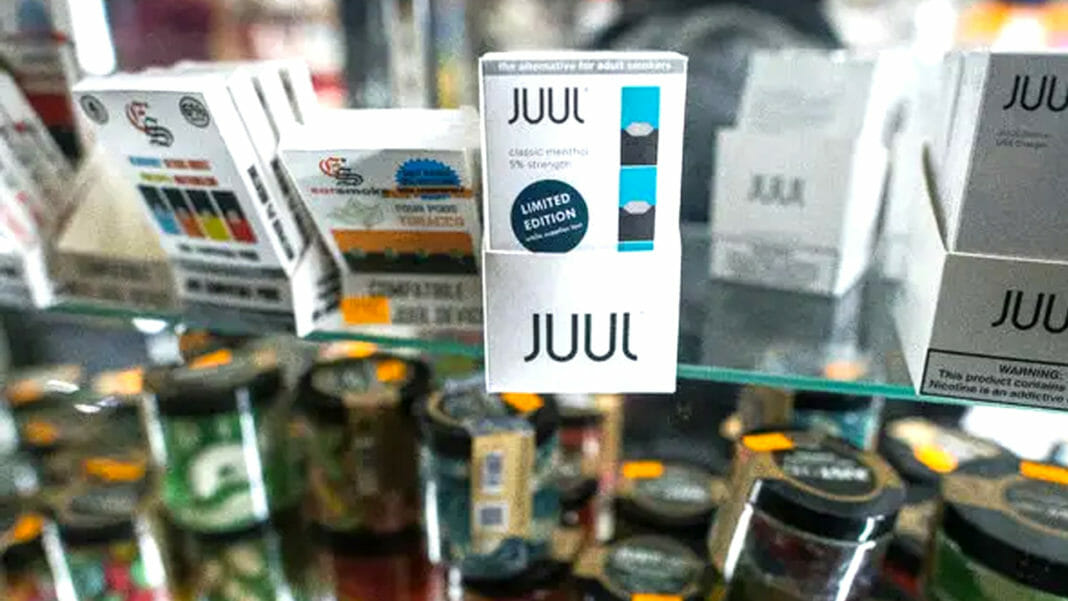 The highly anticipated announcement by departing Food and Drug Administration Commissioner Scott Gottlieb on proposed restrictions for flavored e-cigarettes and cigars, including how and where they are sold, is a step in the right direction — but the proposals are no match for the soaring rate of e-cigarette use among teenagers.

The action underscores the urgency and scope of the work ahead for incoming acting FDA Commissioner Norman E. (Ned) Sharpless to accelerate progress in reversing the growing youth e-cigarette epidemic and continuing to drive down both youth and adult use of combustible tobacco.

The new policy was issued as a draft guidance and is similar to the plan Gottlieb outlined in November to combat youth vaping. While we applaud the attention being placed on the issue, the proposed plan still falls short and feels like trying to stop a speeding race car with the handbrake — it helps but the effect will be slow and could still leave a ton of damage in its wake. Here’s why:

The FDA should exercise its full authority and reinstate the original August 2018 deadline and fulfill its statutory duty to conduct meaningful premarket review of all new tobacco products instead of proposing to move up e-cigarettes by 12 months from August 2022 to August 2021, which is still three years beyond the original deadline. Given the time it will likely take to review these applications once they are submitted, we may be looking at an actual timetable well beyond 2021 before these products are given the full review necessary to protect youth and provide smokers the assurances they can rely on that these products are safe and do what they promise. With youth e-cigarette rates are already likely higher today than the alarming levels reported last November from data collected nearly a year ago by the National Youth Tobacco Survey, every day lost represents more teens potentially becoming addicted to nicotine because of e-cigarettes like JUUL and aggressive competitors like Vuse looking to grow their market share.

The draft guidance addresses the key role that flavors play in attracting youth, but excludes mint and menthol from e-cigarette restrictions, which according to the Center for Disease Control and Prevention and the FDA’s own data, are used by 51 percent of high school students currently using e-cigarettes. This is consistent with a Truth Initiative® survey of more than 1,000 12 to 17 year-olds and more than 500 18 to 24 year-olds that found that mint is a top three flavor among current JUUL users, behind fruit and mango. In fact, for those between 18 to 21 years old, mint is the most popular flavor. At minimum, mint e-cigarettes must be considered a separate category from menthol e-cigarettes and treated as a unique, candy-like flavor.

While we commend the FDA’s action to limit sales of flavored cigars placed on the market after February 15, 2007, this recent announcement will leave a vast number of youth-appealing flavored products on the market. By failing to issue its proposed rule to ban all flavored cigars, including those on the market before February 15, 2007, the FDA is allowing these dangerous combustible products to remain readily available, benefitting many of the very same companies behind the major cigarette brands. Easier accessibility and lower prices for little cigars, along with highly appealing fruit and alcoholic beverage flavors such as piña colada, have made these products particularly alluring to young people who may not understand that they are as harmful as cigarettes. In order for this measure to be effective, the FDA must act rapidly to adopt flavor restrictions for all cigars regardless of when they entered the market. The complete elimination of these products via a formal rule-making is beyond the past due date.

The proposed retail restrictions on e-cigarettes products are welcome, but unfortunately are inadequate and will fail to solve the e-cigarette epidemic. While certain flavors won’t be allowed in convenience stores or other places that kids can enter, they will still have ready access to mint and menthol — which we know attract youth and young adults alike and increase initiation. Furthermore, youth will still have access in mainstream retail to the devices and pods themselves which we know young people have cleverly figured out how to modify and can tamper with easily. While the FDA has indicated it will go after online e-cigarette retailers that do not limit the number of fruit and candy flavored products that can be purchased, no specific upper purchase limit has been specified. This theoretically leaves the door open to purchasing quantities far in excess of that required for normal personal use and may serve as a conduit for high school bathroom sales.

In the absence of stronger regulations and swifter action, the need for education and prevention could not be greater. In August 2018, Truth Initiative launched its first-ever e-cigarette campaign titled “Safer ≠ Safe” underscoring that while e-cigarettes might be safer than combustible ones for smokers, that does not mean they are safe, and that youth who vape are four times more likely to start smoking cigarettes. The ongoing, multi-platform truth® campaign e-cigarette effort has had record youth engagement across social media and digital platforms. We commit to continuing and enhancing our investment over the next year. In addition, we are not forgetting the great number of youth who are now addicted to vaping and both need and want to quit. In January of this year, Truth Initiative launched its first ever youth e-cigarette quit program called “This is Quitting” to help teens who are now addicted to nicotine because of products like JUUL. Since its launch, over 30,000 youth have signed up for the free program.

As a trained physician and through his work at the National Cancer Institute, we know that acting commissioner Sharpless understands the devastating health consequences caused by tobacco use, which remains the leading cause of preventable death and disease in the U.S. We look forward to working together on all tobacco-related issues and extend our thanks to commissioner Gottlieb for making tobacco and nicotine addiction a top FDA priority and providing a bold road map to end tobacco use for good.

Curate RegWatch
“The troubling epidemic of youth vaping threatens to erase years of progress in combatting tobacco use among youth. We are working...