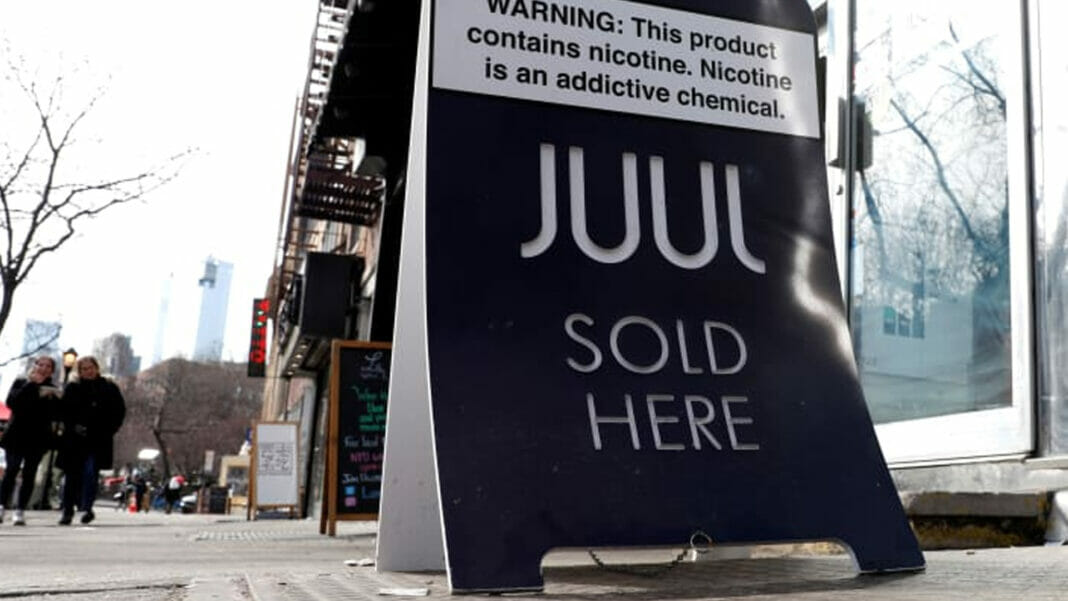 The Food and Drug Administration will reportedly seek more time before deciding whether Juul can continue to sell its e-cigarettes in the United States, The Wall Street Journal reported Thursday.

A court mandate created a timeline for the agency to review vaping products, following years of pressure from politicians and public health groups to regulate the segment as strictly as other tobacco products.

The FDA did not immediately respond to CNBC’s request for comment.

The agency has until Thursday to review roughly 6.5 million product applications from about 500 companies and decide if manufacturers demonstrated that their products are in the interest of public health. If an application hasn’t been approved or denied by that deadline, the products have to be pulled from the U.S. market until the FDA makes its decision.

Because of those rules, the FDA said that it would fast-track decisions for market leaders such as Juul but that it didn’t expect to make decisions on all of the millions of product applications by the deadline. So far, however, the FDA has issued decisions only on smaller players.

In late August, it denied 55,000 applications from smaller players such as JD Nova Group and Great American Vapes for their flavored vape products. Flavored e-cigarettes have been the focus of many public health groups’ ire because of concerns about underage use. According to vaping trade groups, the agency issued more denials on Wednesday.

“Lots of very good people who I respect deeply and who helped thousands of smokers quit, got told by our government that their products were illegal,” tweeted Amanda Wheeler, president of the American Vapor Manufacturers Association.

The FDA gained the power to regulate new tobacco products in 2009. Over the last decade, thousands of e-cigarettes appeared on store shelves without any approval from the agency, which allowed the sale of those products as it phased in standards for the burgeoning industry.

Juul has been the market leader in e-cigarettes since 2018, according to Euromonitor International. As of 2020, the company held 54.7% share of the $9.38 billion U.S. e-cigarette market. Juul sought approval from the FDA for its vaping device and tobacco- and menthol-flavored pods, which are available at 5% and 3% nicotine strengths.

If the FDA denies Juul’s applications, it would deal a hefty blow to the company. Its international expansion efforts have been hamstrung by regulators and a lack of consumer interest, and the U.S. remains its largest market. It will likely also hurt Juul’s defense in U.S. courts as it faces lawsuits from 13 states and the District of Columbia over allegations that it marketed its products to minors and played a major role in the vaping epidemic. It has already settled with North Carolina for $40 million.

In 2019, Juul pulled its most of its flavored nicotine pods from shelves, discontinuing fruit, creme, mango and cucumber flavors. Shortly after, the FDA banned the sale of most fruit- and mint-flavored nicotine e-cigarettes. Juul says that its target customers are adult smokers who use its e-cigarettes to quit smoking traditional tobacco cigarettes.

Marlboro owner Altria bought a 35% stake in the company for $12.8 billion in late 2018. However, Altria has slashed the value of the investment as Juul and the broader e-cigarette industry became embroiled in controversy. As of September 2020, Altria valued its stake at $1.6 billion, an eighth of its original investment, and Juul at under $5 billion.

Altria’s stock was down less than 1% in morning trading, while shares of British American Tobacco, which makes Juul rival Vuse, were down 1.7%. The FDA has not publicly issued a judgment on Vuse yet either.

A representative for Juul declined to comment. Reynolds American, a subsidiary of British American Tobacco, did not immediately respond to CNBC’s request for comment.

The WHO’s opposition to vaping could cost millions of lives

The Promise and Peril of Synthetic Nicotine as a PMTA Loophole