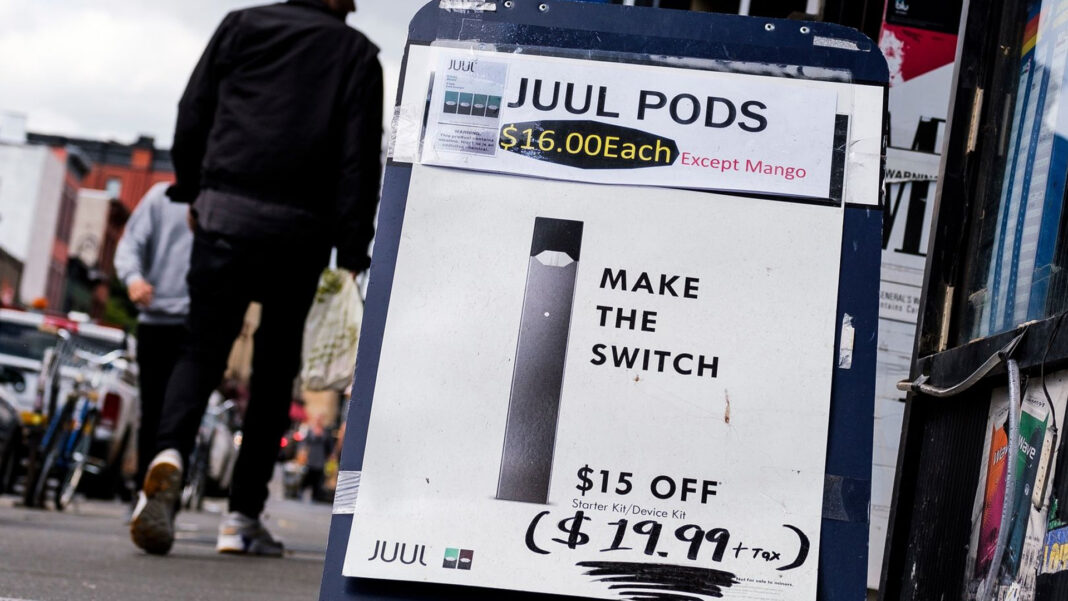 Regulator has told some smaller e-cigarette makers that their e-cigarettes and vaping products can’t remain on the U.S. market

The Food and Drug Administration is expected to take more time before deciding whether e-cigarettes from market leader Juul Labs Inc. can remain on the U.S. market, according to people familiar with the matter.

The FDA faces a Thursday deadline to respond to applications from Juul and other e-cigarette makers who had to submit their products for review to keep them on the U.S. market. The agency has told some small companies that their e-cigarettes and vaping liquids can’t be sold.

More than 500 companies filed applications for some 6.5 million products. The manufacturers had to submit scientific evidence demonstrating that each product was less harmful than cigarettes and that cigarette smokers would be more likely to stop smoking if they use it. The agency also is considering the products’ appeal to young people and to those who have never smoked.

Since August, the FDA has issued e-cigarette application denials to dozens of companies, according to the agency. It ordered off the market vaping products with flavors such as apple crumble, cola and cinnamon toast, for example, saying that such flavors appeal to children and that the manufacturers hadn’t provided sufficient evidence that their products benefit adult smokers. On Wednesday, it issued more denials, according to vaping industry trade associations.

“Lots of very good people who I respect deeply and who helped thousands of smokers quit, got told by our government that their products were illegal,” Amanda Wheeler, president of the American Vapor Manufacturers Association, wrote on Twitter on Wednesday. “To all of you, I am so very sorry. To your customers, I am even more sorry.”

FDA officials previously had said they wouldn’t be able to render decisions by Sept. 9 on every product submitted, but had pledged to fast-track those with the largest market share. The biggest U.S. e-cigarette manufacturer is Juul, according to sales in stores tracked by Nielsen. Juul is followed by Reynolds American Inc., which makes Vuse e-cigarettes. NJOY Holdings Inc. holds the No. 3 spot.

The FDA’s mandate is to authorize vaping products only if their manufacturers can demonstrate that they are in the interest of public health. The FDA must weigh, among other things, the potential good of adult cigarette smokers switching to a less-harmful option against the potential harm of young people getting hooked on nicotine.

The FDA’s sweeping review could reshape the e-cigarette market. Agency officials have told manufacturers to expect stricter controls on the way products are marketed and sold, once they are authorized to remain on the market. The FDA also could allow some sweet and fruity e-cigarette cartridges back on the market after temporarily restricting such products last year.

The agency is weighing whether to allow Reynolds, NJOY and others to resume selling fruit-flavored cartridges. Juul submitted only tobacco- and menthol-flavored refill pods for FDA review.

Youth vaping fell significantly in the U.S. last year after federal restrictions raised the legal purchase age for tobacco products to 21 and took fruity-flavored e-cigarette cartridges off the market.

Some lawmakers and public-health groups have called on the FDA to permanently ban all sweet and fruity e-cigarettes. Some also have asked the agency to consider a cap on nicotine concentration. Agency officials have said they would review each product individually rather than issuing blanket rules.

Why an Impending Flavor Ban in the Netherlands Matters for All...