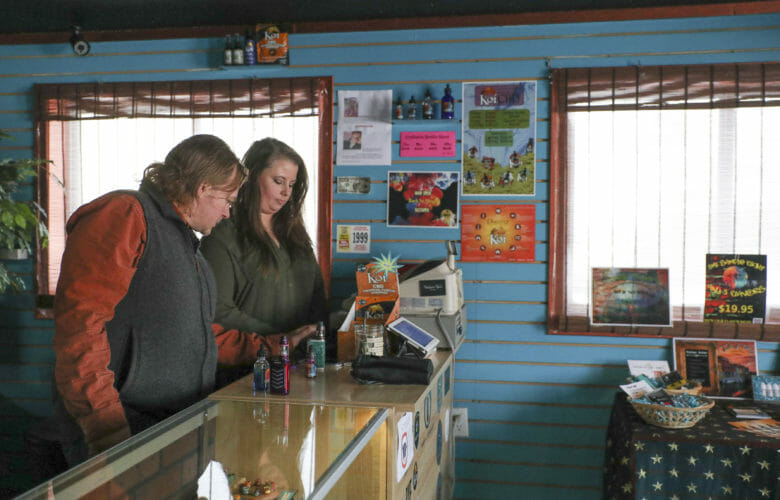 Dennisa Moore of Mesquite, Texas, smoked for 35 years before she was able to quit with the help of vaporizers, devices that heat flavored liquids for inhaling without the harmful byproducts of combustion smoke.

Encouraged by her own success, Dennisa launched Joosie Vapes, a small business that sells vaping products, and for several years, Dennisa helped others quit smoking.

But in 2016, a Food and Drug Administration (FDA) employee issued a burdensome regulation that threatens to force Joosie Vapes to close its doors.

Here’s the catch: that FDA regulation was illegal, because it was developed and implemented by an official who lacked the constitutional authority to issue rules. Now Dennisa and other vape shop owners, with the help of Pacific Legal Foundation (PLF), are fighting in court to save their businesses.

Under the Constitution’s Appointments Clause, only specially appointed officials can issue regulations or take other significant governmental actions. Usually, this requires a presidential nomination and Senate confirmation. By requiring Congress and the president to approve the appointment of powerful government officials, the Framers ensured that even unelected officials will be accountable to the people.

The regulation threatening Dennisa’s livelihood is known as the Deeming Rule, and it was issued by Leslie Kux, a career FDA employee. Unlike political appointees, who direct government policy, career employees execute that policy and may not take any significant discretionary actions, such as issuing regulations that have the force of law. Their role as civil servants, not policymakers, is why the Appointments Clause permits career employees to be hired without Senate confirmation or other checks on their political positions.

Nevertheless, with the stroke of a pen, Kux assumed the power Congress had assigned to the Secretary of Health and Human Services, creating a rule that threatens to wipe out Joosie Vapes and other similar businesses.

This wasn’t the first time Kux had exercised this power, either. A PLF report published in April found that Kux alone issued 385 rules between 2001 and 2018. But the problem is not an individual government employee; it’s the system that allows illegal laws to be enforced. To return accountability to the regulatory process, PLF is now representing Joosie Vapes and other affected vape shops in a lawsuit challenging the Deeming Rule.

Recently, the FDA asked the court to throw out Joosie Vapes’ Appointments Clause challenge for a variety of erroneous reasons. For example, then-FDA Commissioner Scott Gottlieb issued a short statement in April to the effect that he approved the Deeming Rule. Gottlieb’s conclusory statement came nearly three years after Kux issued the rule and more than a year after suit was filed. The statement also violated the Administrative Procedure Act by ignoring the many medical studies on vaping that had been published in the three years since Ms. Kux issued the Deeming Rule. More to the point, the commissioner’s approval doesn’t fix the underlying problem: the FDA still allows Kux’s recent replacement to issue regulations.

But the FDA’s most implausible argument is that Joosie Vapes and Dennisa Moore forfeited their right to sue because they failed to object before Kux had actually issued the new rule.

This eyebrow-raising argument is based on the idea that Dennisa—an ordinary American woman running a business and going about her life—should have been meticulously tracking all of Kux’s activities, noticed that she had proposed the Deeming Rule, and forecast that Kux would issue the final rule. The FDA argues that Dennisa’s failure to state her objections to the rule in advance bars her lawsuit.

Parties in litigation should make every reasonable argument, but as PLF’s response points out, the FDA’s argument is not reasonable. In an era of runaway bureaucracy, everyday Americans like Dennisa simply cannot assume the impossible burden described above. Her failure to do so should not bar Dennisa from vindicating her constitutional rights. The FDA’s position to the contrary exemplifies the sort of peculiar logic that only an out-of-touch bureaucrat can conjure—the sort of logic that treats enormous regulatory burdens with casual disregard.

The FDA’s argument itself demonstrates why the Appointments Clause matters, and why we need accountability in the regulatory process. Career bureaucrats are too often insensitive to regulatory burdens and cannot be trusted to make major policy decisions. When it comes to issuing regulations binding on all Americans, a democratically accountable officer must be firmly at the wheel

Curate RegWatch
The Centers for Disease Control and Prevention late last week issued a new name for the vaping-related lung illness that has...

SWEANOR | Physicians For A Smoke-Free Canada “They Lost Their Way”

FDA | Trump Administration Combating Epidemic of Youth E-Cigarette Use with...