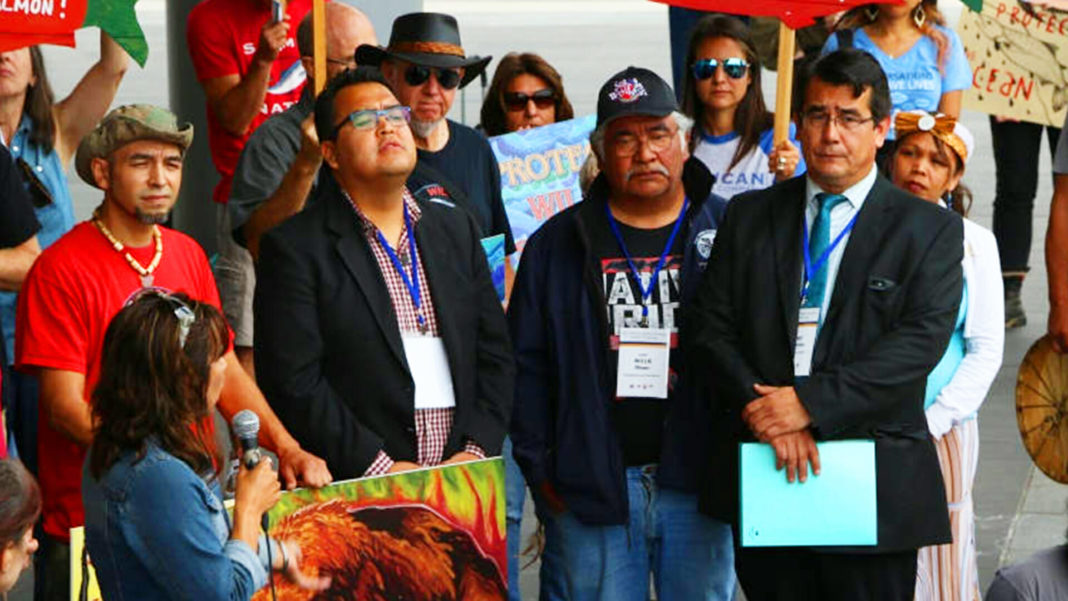 The vice-president of the Union of B.C. Indian Chiefs praised Washington state’s move to ban fish farms Monday — saying “a perfect mechanism” for this province to follow suit is just a few months away.

On Friday, Washington state’s senate finalized legislation to end Atlantic salmon farming in net pens off its coast by 2025.

Bob Chamberlin, vice-president of the Union of B.C. Indian Chiefs, said the B.C. government committed earlier this year to giving First Nations a say on whether to renew tenures for 18 fish farms that expire in June 2018.

“There is a perfect mechanism now for the provincial government to take the appropriate steps to safeguard wild salmon from this one known threat,” Chamberlin told On the Islandhost Gregor Craigie..