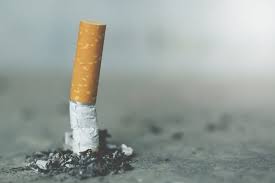 The current and future health effects of smoking are well described.

More than 7 million deaths per year are attributable to smoking, and projections suggest 1 billion deaths this century. Over a decade ago, in my role to facilitate the establishment of WHO’s Framework Convention on Tobacco Control (FCTC), I warned about the potential for complacency in the years following the FCTC’s adoption. We knew that implementation of the FCTC would take decades, and that it would be challenged from the outset by constrained funding, shifting priorities and political will, weak human and institutional capacity, and continuing opposition from the tobacco industry.

Progress has certainly been made in implementing key provisions of the FCTC, as outlined in the 2017 WHO report on the global tobacco epidemic. Bloomberg Philanthropies and the Bill & Melinda Gates Foundation have allocated critical funding to many operational aspects of the FCTC and, crucially, continue to do so. Nonetheless, the capacity of developing countries remains threatened by the growing health and financial burden associated with behavioural risk factors contributing to non-communicable diseases. Furthermore, many of the most effective interventions, including increasing the price of tobacco products, are experiencing slow adoption. Reasonably effective tax policies cover less than 10% of the global population.

Mental health hospital to hand out free e-cigarettes to those trying...

The Politics of Vaping