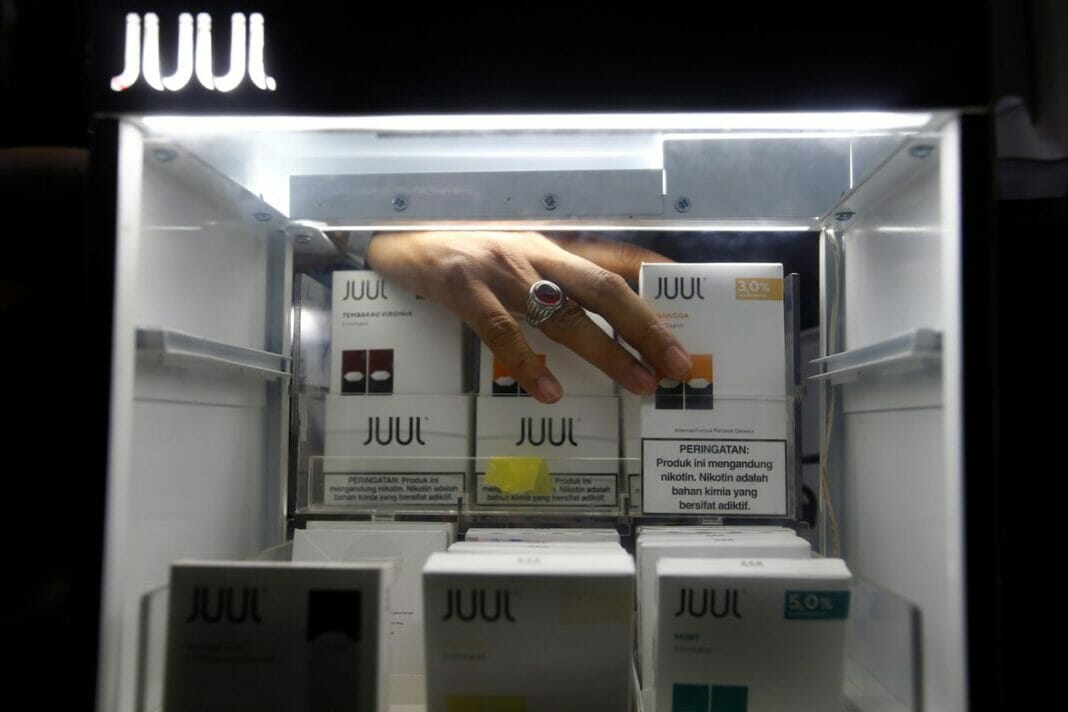 E-cigarette maker Juul Labs Inc. said it is planning another significant round of layoffs and considering halting sales across Europe and Asia. That could mean pulling out of as many as 11 countries and shrinking the startup’s footprint to its core markets of the U.S., Canada and the U.K.

Juul cut about one-third of its 3,000 workers earlier this year and already has halted sales of its vaporizers in several countries. The once fast-growing company has been scaling back its operations to combat a sharp drop in sales. It currently has about 2,200 employees.

Widely blamed by parents and government officials for a surge in teen vaping in the U.S., Juul has faced regulatory crackdowns and investigations into its marketing practices over past two years. Now its sales are falling as Reynolds American Inc.’s Vuse e-cigarette brand gains market share and some vapers switch back to traditional cigarettes.

Juul Chief Executive K.C. Crosthwaite told employees in an email Wednesday that the business units under review don’t generate enough revenue to support further spending there. He said the cuts would allow the company to invest in developing new products, in technology to curb youth use and in scientific research that could help the company demonstrate to regulators that its products are less harmful than cigarettes. Juul has submitted to the Food and Drug Administration a new version of its vaporizer designed to unlock only for users at least 21 years old, according to people familiar with the matter.

“While those investments will not provide short-term revenue, they will help us earn trust and build a company for the long term,” Mr. Crosthwaite wrote in the email to staff.

Since Mr. Crosthwaite took the helm of the e-cigarette maker a year ago, Juul has halted most of its U.S. advertising, cut more than 1,500 jobs, stopped selling sweet and fruity flavors in the U.S. and reversed its overseas expansion. In the past few months, the company has exited South Korea, Austria, Belgium, Portugal and Spain.

Now it is considering pulling out of nearly a dozen more countries including Italy, Germany, Russia, Indonesia and the Philippines. The company didn’t disclose how many more jobs it plans to eliminate. The U.S., Canada and the U.K. represented more than 90% of Juul’s sales in the first quarter of this year, according to a person familiar with the matter.

Juul’s U.S. market share has fallen to 58% from 75% in November 2018, when it voluntarily halted sales of its sweet and fruity flavors in U.S. retail stores, according to Goldman Sachs analyst Bonnie Herzog. Juul’s sales at U.S. retailers dropped 33% in the four weeks that ended Aug. 8, compared with the same period last year, according to Ms. Herzog.

Curate RegWatch
England saw a rise in young adults taking up smoking during the first lockdown, according to a study. The number of 18 to...

Researchers Say FDA Has Fallen Down on E-Cigarette Testing