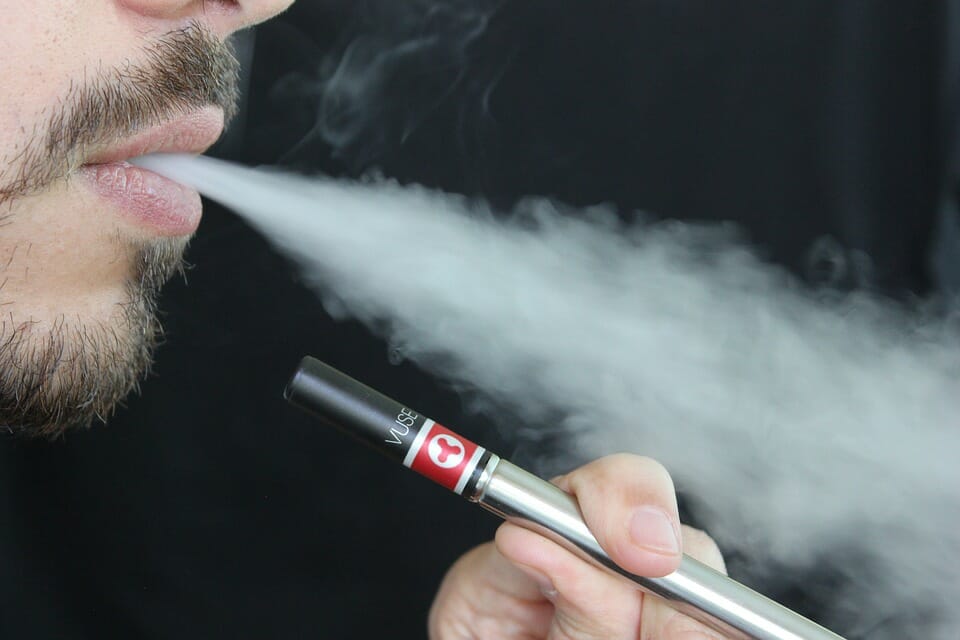 Mark Tyndall is a physician and researcher, specializing in infectious diseases, addiction and harm reduction. He is a professor at the School of Population and Public Health, University of British Columbia

The outbreak of vaping-related lung disease among youth in the United States, along with a recent case in London, Ont., has sparked calls for new regulations designed to protect our youth from vaping. These calls have ranged from placing tighter restrictions on youth advertising all the way to banning the sales of e-cigarettes completely.

Vaping among youth in Canada has increased dramatically in recent years. According to survey data, 20 per cent of youth have vaped in the past 30 days and some are daily users. Nicotine is known to be highly addictive and when people start using nicotine regularly, they will have difficulty stopping. Among youth, vaping now exceeds cigarette smoking in many communities.

What has been largely lost in the current discourse is that there are an estimated five million Canadians who continue to smoke combustible cigarettes, and this includes youth. The elimination of smoking in Canada should be a top public health priority, as smoking is by far the leading cause of preventable death and disease in the country.

If a safer way to deliver nicotine is available, then it only makes sense that people who are currently smoking cigarettes should be encouraged to transition. In fact, it should be the right of smokers to be provided with accurate information and easy access to these safer products. Instead, people have been bombarded with conflicting information around the safety of vaping and with the current outbreak of acute lung injury, it is likely that some people who have successfully transitioned to vaping will return to smoking cigarettes.

While we await the completion of the investigations around the cases of respiratory disease, it is becoming clear that the majority of the cases are linked to vaping bootleg liquids, many containing THC oil – the active ingredient in marijuana.

While the use of commercially available nicotine-containing vaping products could possibly cause acute lung injury, it is difficult to understand why this is happening now when vaping has been popular with youth for several years. Something has clearly changed, and the best explanation would be contaminated or newly introduced non-commercial products being distributed in specific geographic areas.

This makes the case for tighter regulations even more urgent. Regulation is a way to ensure that people are getting the best possible products – high quality devices and e-liquids. Further, as we strengthen regulations the warnings for e-cigarettes should be based on facts and the information that we do know.

For example, while the long-term health impact of delivering nicotine through e-cigarettes has not been established, we do know that the long-term health impacts of smoking cigarettes are severe, predictable and often fatal. If you are currently smoking cigarettes, you should eliminate your exposure to the known toxins released when burning tobacco, many of which are scientifically linked to a wide range of illnesses including cancer, heart disease and chronic lung diseases.

While quitting combustible cigarettes without the aid of e-cigarettes is recommended, e-cigarettes provide a much safer delivery option if you are unable to quit nicotine. For those people who do not currently smoke cigarettes, we strongly recommend that e-cigarettes are not used. However, if you do decide to try vaping always be sure that the delivery device is of high quality and that the e-liquid has been purchased from a reliable source. Using unregulated or bootleg sources can result in serious acute lung disease and even death.

Vaping products should not be promoted as lifestyle devices or their sales targeted to non-smokers. As with combustible cigarettes they are addictive and habit forming. Clearly, they are not without risk and there could still be unknown long-term health effects. However, compared with smoking cigarettes, commercially available vaping products remain a much safer option. This approach to risky behaviours is commonly called harm reduction and is practised widely in other areas of public health.

The role of public health leaders, medical professionals and government regulators are to protect the health of the public. When it comes to the health of young people there is added urgency.

The tragic outbreak of acute lung disease among youth in the United States, including at least 15 deaths, is not so much a wake-up call about the dangers of vaping nicotine. Rather, it is a lesson of what can go terribly wrong in an environment without adequate regulation, conflicting information, and the ongoing threat of adulterated and illicit products.

Curate RegWatch
In cases where the information was known, just 11 percent of patients said they had vaped only nicotine. According to numbers updated today, 1,888...