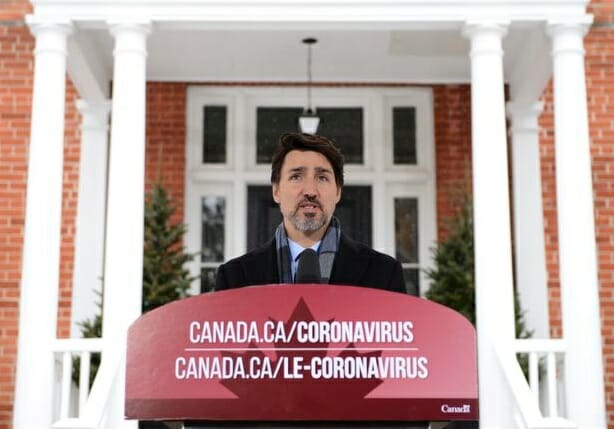 The Liberal government announced late Monday that it has agreed to change draft legislation that proposed to grant itself wide-reaching new powers to tax and spend without parliamentary approval until Dec. 31, 2021, through an emergency spending bill.

Thirty-two MPs, divided proportionally based on party standing, will be in Ottawa to debate the bill being tabled on Tuesday. It includes sections aimed at adopting some of the fiscal measures announced last week by Prime Minister Justin Trudeau and Finance Minister Bill Morneau.

But a draft version of the bill goes well beyond those measures and includes provisions that would give the minority government the power to act unilaterally for 21 months.

Conservative Leader Andrew Scheer issued a statement late Monday announcing the Official Opposition will not support a bill that gives the government unlimited powers to raise taxes without a parliamentary vote.

“In a crisis, broad, all-party agreement is essential, especially when the government has a minority in the House of Commons,” he said. “We will authorize whatever spending measures are justified to respond to the situation, but we will not sign a blank cheque.”

Just after 11 p.m. Eastern, Government House Leader Pablo Rodriguez announced that changes would be made to the bill.

“We consulted with the opposition and will bring changes to the draft legislation,” he wrote on Twitter. “We will always work collaboratively and respect the fundamental role of Parliament.”

The statement did not clarify what sections will be changed.