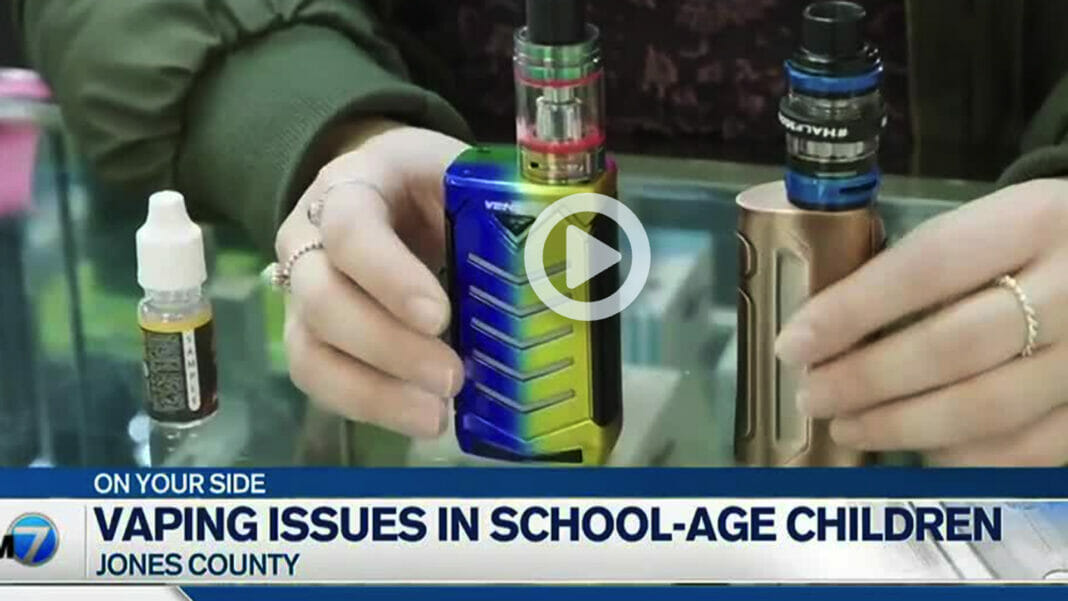 The Jones County School District updated its rules for vaping ahead of the 2021-2022 school year as students could now face harsher punishments for doing so.

Superintendent Tommy Parker talks about how the district is addressing the issue.

“We’re just going to try and do a better job of addressing that vaping problem on our campus and make it a little more punitive if they choose to do that on campus,” said Parker.

Parker says it all boils down to safety.

“We’ve had two or three students that, whatever product that they chose to vape with, caused a very adverse reaction to them to the point that they had to seek medical attention, and that’s our greatest concern,” Parker said. “The safety of those students and them then feeling the need to have to vape at school and then putting themselves in some type of a medical emergency.”

According to the Food and Drug Administration, there are about 3.6 million school-age e-cigarette users in the United States.

Dr. Grant Saxton, a pediatrician for the South Central Regional Medical Center, says he has patients that start vaping at alarmingly young ages.

“I had a 13-year-old recently that we did this with, and his answer was, ‘Yeah, I’ve tried vaping, but I don’t really do that anymore…’ He ended up admitting that he had kind of been addicted and he’d been using it for a couple of months, but he’s quit now and hasn’t done that in two months… 13-years-old,” said Saxton.

Along with causing other serious health issues, vaping can alter cardiovascular functions.

“Nicotine can cause like increased heart rate, it can cause high blood pressure,” Saxton said.

“That’s a perfect example of addictive behavior if you’re stealing to support something you’re doing, and you know it’s wrong,” Saxton said.

Are e-cigarettes beneficial to public health?