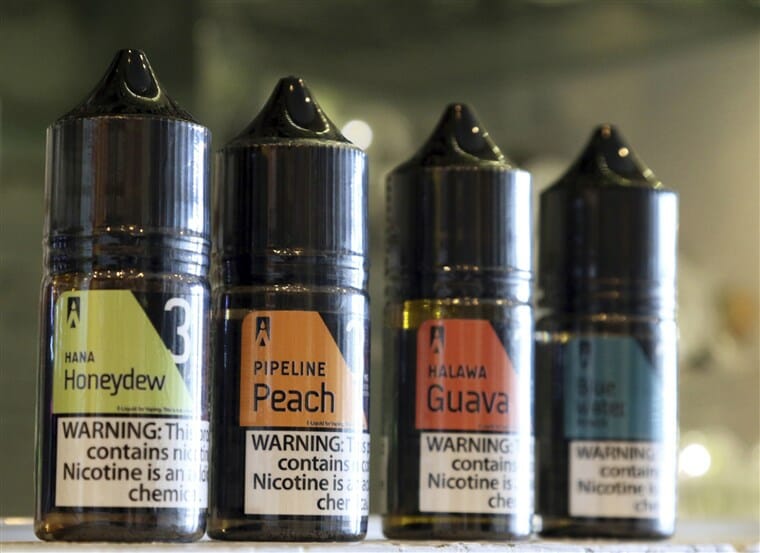 Michigan is set to become the first US state to ban the sale of flavored e-cigarettes, according to an announcement Wednesday by Gov. Gretchen Whitmer.

The ban gives sellers 30 days to comply and lasts six months — though the governor can decide to renew it. This includes sales in brick-and-mortar stores, as well as online sales. Citing these products’ appeal to kids, Whitmer also ordered the Michigan Department of Health and Human Services to “ban misleading marketing of vaping products, including the use of terms like ‘clean,’ ‘safe,’ and ‘healthy’ that perpetuate beliefs that these products are harmless,” the announcement said.

“As governor, my number one priority is keeping our kids safe,” Whitmer said in the statement. “And right now, companies selling vaping products are using candy flavors to hook children on nicotine and misleading claims to promote the belief that these products are safe. That ends today.”

In a statement, the CEO of the American Heart Association, Nancy Brown, supported the move, citing nicotine’s addictive impacts on the developing brain and the unknown long-term health risks of vaping.

“We know shockingly little about the health impact of e-cigarettes being widely marketed to youth and adults,” Brown said. “The recent outbreak of respiratory illnesses associated with e-cigarette use has only added to the uncertainty and increased the need for immediate action.”

In June, San Francisco’s board of supervisors unanimously voted to make the city the first in the US to effectively ban e-cigarette sales. The ordinance it passed said “no person shall sell or distribute an electronic cigarette to a person in San Francisco” unless that product has undergone premarket review by the US Food and Drug Administration. To date, none have.

Flavors are at the center of the regulatory debate on e-cigarettes: Some say they’re an important tool in getting adults to switch from combustible cigarettes, while others want to ban them entirelybecause they appeal to kids and minimize how harmful and addictive vapes are perceived to be.

In response to the San Francisco measure, Juul spokesman Ted Kwong previously argued that “this full prohibition will drive former adult smokers who successfully switched to vapor products back to deadly cigarettes, deny the opportunity to switch for current adult smokers, and create a thriving black market instead of addressing the actual causes of underage access and use.”

Some health advocates say there’s a lack of strong evidence that flavors are effective in getting adults to quit smoking. Previous research also suggested that the majority of kids who have tried pod-based e-cigarettes started with one that was flavored. “Our kids deserve leaders who are going to fight to protect them,” Whitmer said Wednesday. “These bold steps will finally put an end to these irresponsible and deceptive practices and protect Michiganders’ public health.”

E-Cigarettes Are Effective at Helping Smokers Quit, a Study Says

Curate RegWatch
A yearlong, randomized trial in England showed that e-cigarettes were almost twice as successful as products like patches or gum for...