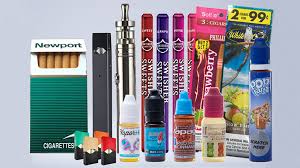 Saying they’ve lost decades of tobacco prevention efforts to a resurgence of vaping products laced with “kid friendly” flavors, health officials from across Missoula on Wednesday urged members of the City Council to ban the sale of flavored tobacco.

That includes mentholated cigarettes, flavored cigars and smokeless tobacco, something even health officials said would pit their health concerns against the individual liberties of adults.

The City Council’s typically mundane Public Safety and Health Committee took up the controversial issue in response to the health lobby’s push to ban the products. The meeting was informational but could lead to future policy considerations by the city down the road.

“In the early 2000s, significant strides were made to reduce tobacco use among our youth,” said Arwyn Welander, coordinator of Tobacco Free Missoula. “However, progress made in the last 20 years is being undone by the practices of big tobacco.”

Welander joined several other health officials in asking the City Council to consider policies that would end the sale of flavored tobacco in city limits. While most of their concerns focused on the rise of teen vaping, some are seeking to target all tobacco users regardless of age.

Those backing the push to ban flavored tobacco products said protecting teen health outweighed the right of adults to purchased their preferred product.

Brent Stafford
https://www.clivebates.com/the-us-vaping-flavour-ban-twenty-things-you-should-know/ Frequent youth vaping is not alarming if it displaces smoking. And not that alarming anyway because among all the risks facing...

Vape Fail | The road to vaping