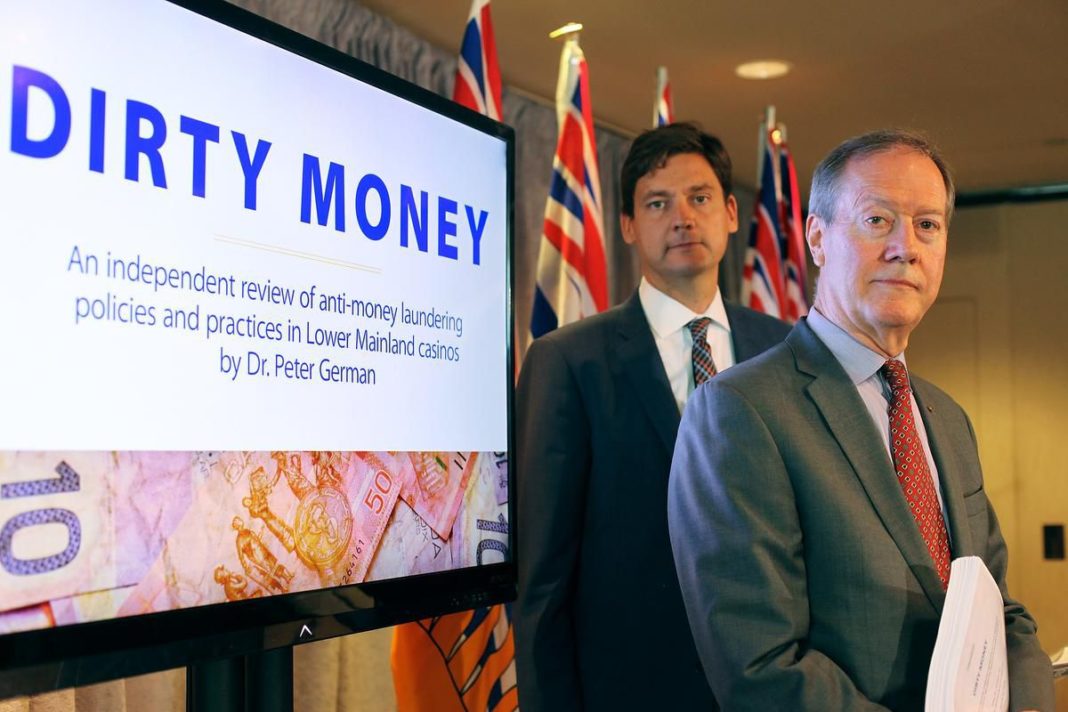 B.C. Attorney General David Eby didn’t need to use too many words Wednesday when he heaped the bulk of the blame for money laundering in the province’s casinos on the previous Liberal government.

Nothing he could say would be as scathing as the 247-page independent report he released, written by a former RCMP deputy commissioner, Peter German. German described in embarrassing detail the fumbling and often-disgraceful mismanagement of the Liberals during their 16 years of overseeing gambling regulations.

“For many years, Lower Mainland casinos unwittingly served as laundromats for the proceeds of organized crime,” German said.

B.C.’s inaction allowed criminals to set up the so-called “Vancouver model,” where organized crime lenders recruited gamblers (mostly from China), gave them massive bags of dirty $20 bills earned from illegal drugs sales, and had them play briefly in casinos before cashing out to get now-clean money. It also helped Chinese citizens get money out of China.