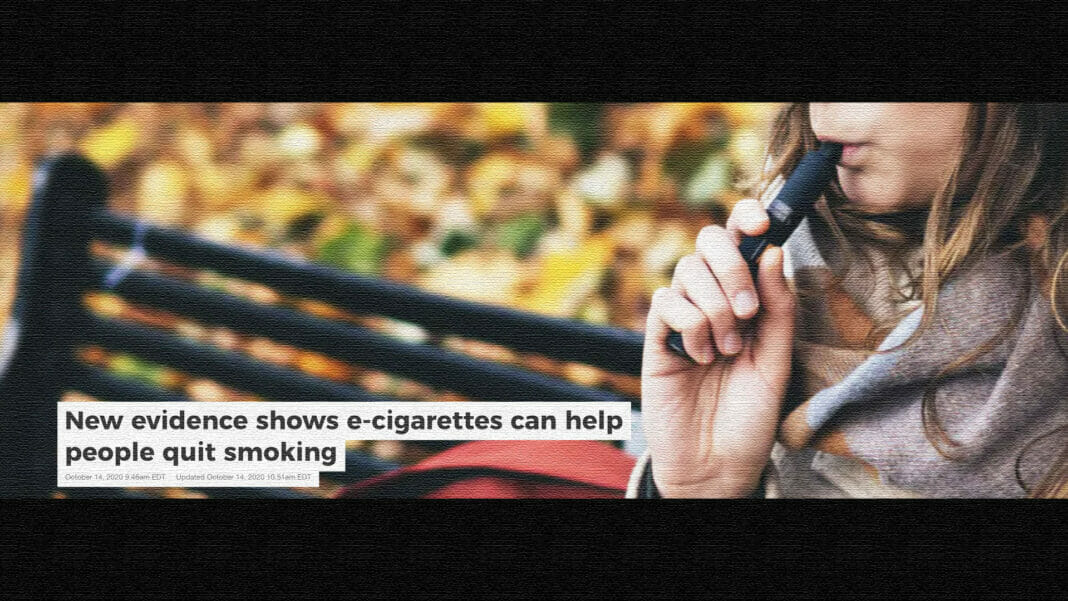 Electronic cigarettes, or e-cigarettes, are a popular aid for quitting smoking, but it is taking time for scientific research to catch up and provide clear answers on how well they work, and whether they are safe to use for this purpose.

An updated review of the evidence, covering 50 studies and more than 12,000 participants, now provides greater confidence that e-cigarettes with nicotine can help more people to quit smoking than traditional nicotine replacement therapy (such as gums or patches) or e-cigarettes without nicotine. However, the evidence is of moderate certainty – and more studies are needed to confirm the degree of effect, particularly testing newer e-cigarette devices.

The review found no evidence of serious harms of e-cigarettes with nicotine. But the data was limited – the longest follow-up was just two years – and considerable uncertainty remains regarding harms.

Smoking kills one in two regular users. Most people who smoke want to quit, but quitting smoking can be extremely difficult, and better treatments are needed.

For many, the arrival of e-cigarettes signalled an exciting opportunity. E-cigarettes represented a new treatment for cigarette addiction, mimicking some of the behavioural, social and pharmacological aspects of cigarettes. But some policymakers remain cautious, despite the increase in research findings that support e-cigarettes for quitting smoking.

The caution behind restrictive regulations is not to do with whether people who smoke should switch to e-cigarettes. While there are still unknowns regarding possible longer-term harms of e-cigarettes, experts generally agree that e-cigarettes are considerably less harmful than smoking, even though they are not completely risk free.

Ten perverse intellectual contortions: a guide to the sophistry of anti-vaping...

Curate RegWatch
This puts it nicely: Life is short and shorter for smokers. Just legalise vaping. That statement is a plain-speaking and hyper-concise dissenting report from Andrew...

Employees bullied or fired for vaping at work, study claims

E-cigarettes | Misconceptions about their dangers may be preventing people from...

John Newton – not “silly” in the slightest