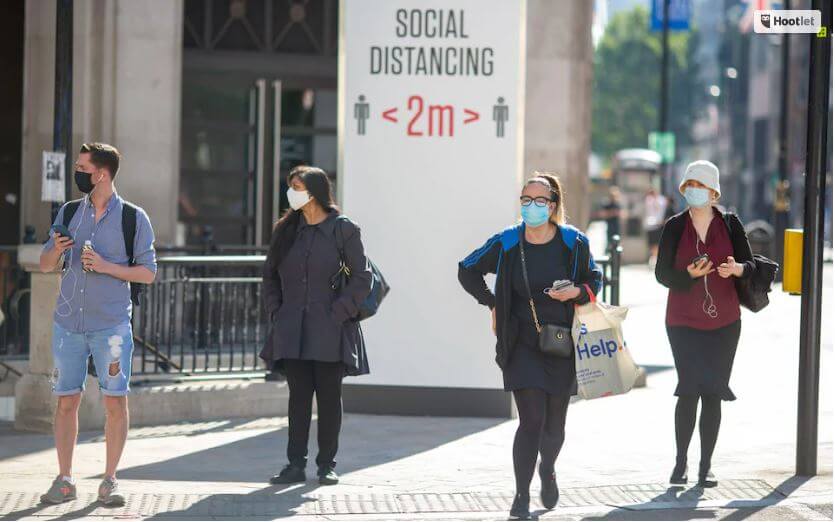 Leading scientists call for an end to the ‘formalised rules’

The two-metre rule has no basis in science, leading scientists have said as the Government comes under increasing pressure to drop the measure.

Writing for The Telegraph, Professors Carl Heneghan and Tom Jefferson, from the University of Oxford, said there is little evidence to support the restriction and called for an end to the “formalised rules”. The University of Dundee also said there was no indication that distancing at two metres is safer than one metre.

The intervention comes as two Government ministers suggested on Monday that the rule is likely to be relaxed following a review commissioned by Boris Johnson, the Prime Minister. On Tuesday, shops experienced daily footfall drops of 41 percent compared to the same day last year, while enormous queues built up outside because of social distancing requirements.

Examining the current evidence for the two-metre rule, Prof Heneghan and Prof Jefferson looked at 172 studies cited in a recent review in The Lancet and found just five had dealt explicitly with coronavirus infection in relation to distance. Only one mentioned coming within six feet of a patient, and that paper showed proximity had no impact.

“Queueing outside shops, dodging each other once inside, and not getting too close to other people anywhere: social-distancing has become the norm,” they wrote. “The two-metre rule, however, is also seriously impacting schools, pubs, restaurants and our ability to go about our daily lives.

“Much of the evidence in this current outbreak informing policy is poor quality. Encouragement and hand-washing are what we need, not formalised rules.”

A University of Dundee study suggested that 78 per cent of the risk of infection happens below one metre and there is just an 11 per cent chance of any increased distance making a difference.