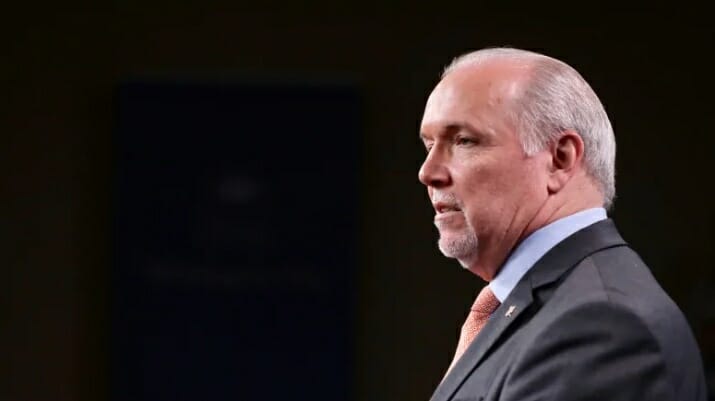 B.C.’s premier has categorically put to rest any notion of pulling provincial support for the Coastal GasLink pipeline.

“That’s not an option, no,” John Horgan answered when asked point-blank about calls to halt or cancel the natural gas project altogether.

It was his shortest response during Thursday’s press conference at the B.C. Legislature as he took question after question about the ongoing tensions in northwestern B.C. surrounding hereditary chiefs of the Wet’suwet’en First Nation who oppose construction of a natural gas pipeline to feed a liquefied natural gas plant on the coast.

He was also asked whether he would change his mind and meet in-person meeting with hereditary chiefs.

“If there was a prospect of a positive outcome, of course,” Horgan said. “But the notion that it would just somehow be, ‘You have to come and talk to me’ without any understanding of what the [end goal] of that discussion would be, I’m not prepared to do that.”

He’s referring to a political turning point last month. While touring northern B.C., he declined a face-to-face meeting with the hereditary chiefs who oppose the pipeline that’s slated to run through traditional Wet’suwet’en territory.