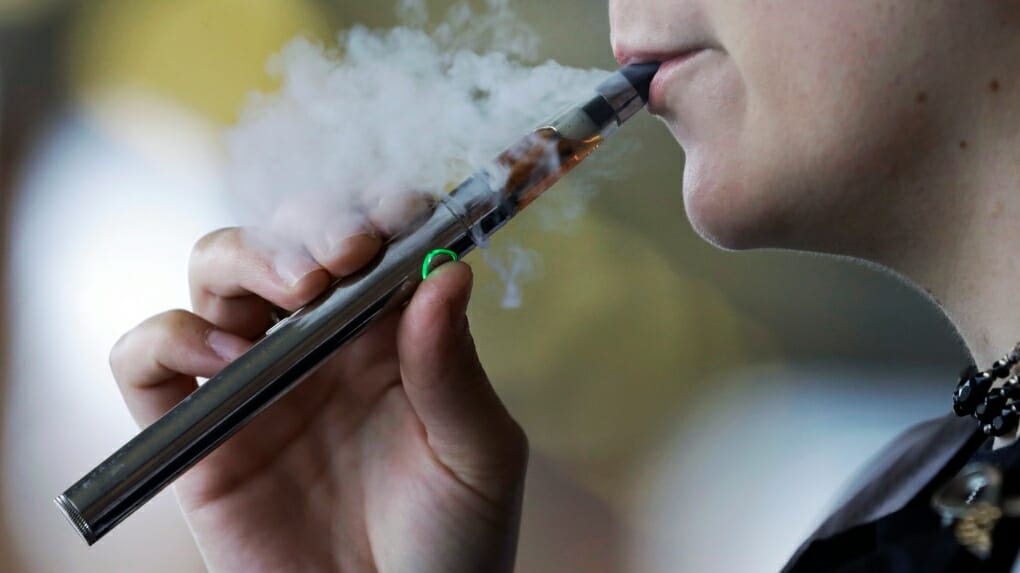 Nova Scotia has joined a growing list of provinces clamping down on vaping.

Health Minister Randy Delorey announced Thursday the province will be the first to ban sales of flavoured e-cigarettes and juices — as of April 1, 2020.

Delorey said the move is aimed at promoting a smoke-free culture in a province where vaping rates have been growing, especially among young people.

Though Nova Scotia has drastically reduced youth smoking rates in the last 30 years, that progress has stalled by the popularity of flavoured vaping products, he said.

“We’ve worked hard to shift to a smoke-free culture, and we do not want to lose ground,” Delorey said in a statement.

Between 2017-18, the number of young people smoking and vaping in Canada increased for the first time in several decades, Delorey said.

A recent survey conducted by Smoke Free Nova Scotia suggested that 95 per cent of young Nova Scotians who vape said they preferred flavoured juices — and 48 per cent of those surveyed said they would quit if flavours were banned.

A 2016-17 survey suggested 37 per cent of Nova Scotia students in grades 7 to 12 had tried vaping at least once — one of the highest rates in Canada.

The P.E.I. government passed legislation last month that sets the highest age limit in the country, raising the legal age to buy tobacco and e-cigarettes from 19 to 21.

The legislation also bans certain flavours of e-cigarettes and restricts where the products can be sold.

In British Columbia, a comprehensive 10-point plan is aimed at protecting youth from the health risks of vaping, including legislation that would boost the provincial sales tax on such products from seven per cent to 20 per cent.

Earlier this week, Newfoundland and Labrador banned the introduction of cannabis vape products when pot consumables go on sale later this month.

Meanwhile, the Nova Scotia government says it plans to roll out a public education campaign and more vaping legislation next year. Under its current laws, e-cigarette products cannot be sold to anyone under 19.

“The increased use of vaping, along with a lack of understanding about the potential health risks associated with vaping, is sending us in the wrong direction,” said Dr. Robert Strang, Nova Scotia’s chief medical officer of health.

“Candy and other flavours are clearly being marketed to young people.”

In the United States, 47 deaths have been attributed to vaping, and 2,000 cases of severe lung disease have been reported. Thirteen cases of vaping-associated lung illness had been reported in Canada as of Dec. 3.

Curate RegWatch
There was a deafening roar last week caused by Australia’s tobacco control experts congratulating themselves on the latest national smoking results. You could...