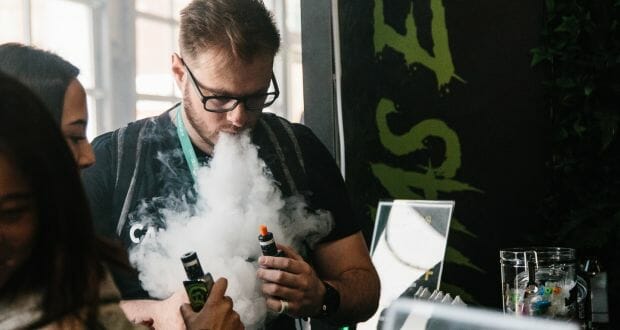 Growth in the use of e-cigarettes has not led to more young people taking up tobacco smoking, new research suggests.

The latest in a string of studies on a subject that continues to divide opinion found perceptions against tobacco smoking have hardened in recent years, although it does not establish why.

The results of ‘Have e-cigarettes re-normalised or displaced youth smoking?’ were published in Tobacco Control by the British Medical Journal (BMJ).

Researchers analysed national UK survey responses from school children between the ages of 13 and 15 since 1998. In particular, they looked at the period between 2011 and 2015 when e-cigarette use proliferated.

“Our results provide little evidence that renormalisation of smoking occurred during this period,” researchers said.

“What is more, positive perceptions of smoking attitudes declined at a faster rate following the proliferation of e-cigarettes, suggesting that attitudes towards smoking hardened while e-cigarettes were emerging rather than softening, as would be expected were smoking becoming re-normalised.”

Curate RegWatch
Vape shops will be allowed to re-open for business on 15 June following three months of closure under the UK lockdown...

The creator of the nicotine patch says that ‘anti-vaping forces’ are...