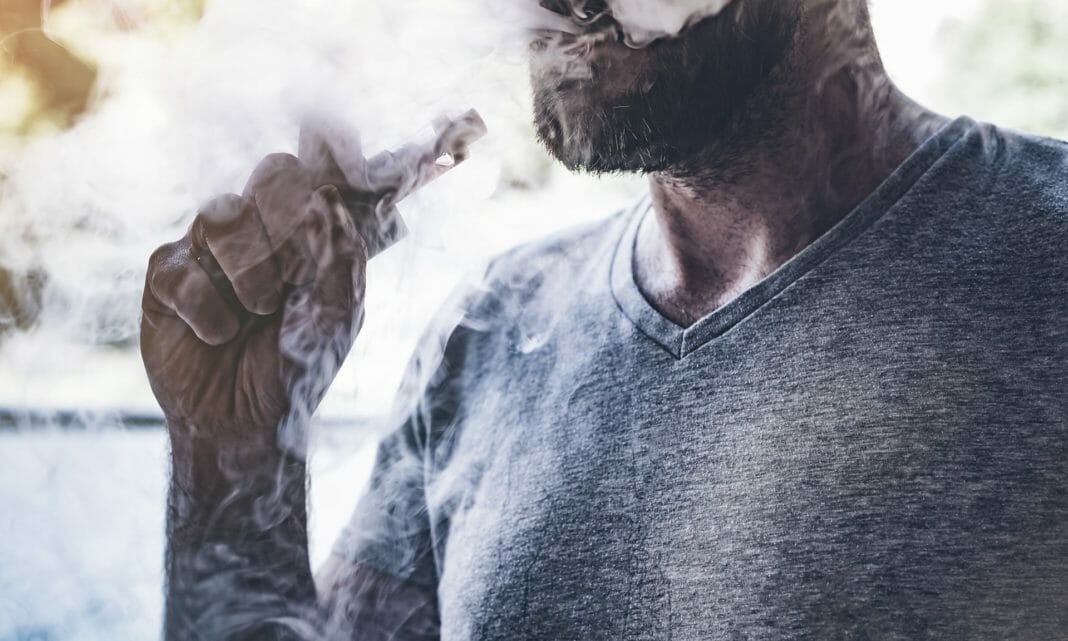 The government is launching a new campaign to try to convince the UK’s smokers that vaping is not as harmful as smoking and a good way to quit, in a bid to counter the scepticism generated by some scientific studies and media headlines.

Public Health England (PHE), which maintains that vaping is 95% less harmful than tobacco, is releasing a short video of an experiment which reveals the amount of sticky black tar that accumulates in the lungs of a heavy smoker, collected in a bell jar. By contrast, the same nicotine intake through vaping releases only a trace of residue.

“It would be tragic if thousands of smokers who could quit with the help of an e-cigarette are being put off due to false fears about safety,” said Prof John Newton, director of health improvement at PHE.

“We need to reassure smokers that switching to an e-cigarette would be much less harmful than smoking. This demonstration highlights the devastating harms caused by every cigarette and helps people see that vaping is likely to pose only a fraction of the risk.”