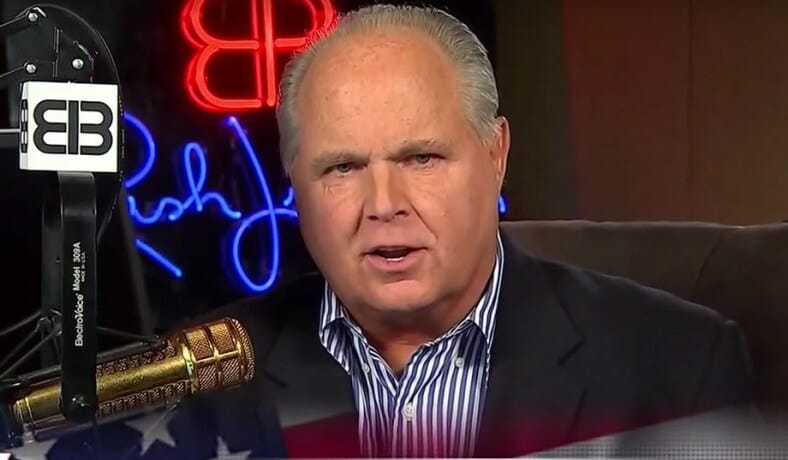 After enduring numerous incidents of biased journalism and faulty reporting on electronic cigarettes, Rush Limbaugh has officially had enough.

After trying e-cigs for himself, he has strong opinions on vaping and he isn’t afraid to share them. On March 27, he decided to get in on the fight and defend vaping by exposing the e-cig lies on his radio show. He started his rant by pointing out that the New York Times and other media outlets are “hell-bent on wiping them out” and then he addressed the supposed “concerns” that are triggering ecig bans around the country. Love him or hate him, you have to admit that it’s a huge step forward for the e-cig industry when Rush devotes a segment of his show to expose the lies and give his public support to vaping.

During the broadcast, Rush pointed out everyone wants to ban ecigs to keep teenagers from using them. He thinks that whole idea is ridiculous. “How many years have they been talking about cigarettes as killer and ruination for our children?” Then he follows it up by saying, “They never ban the product. They sell it still.” So why are politicians not banning tobacco products to protect today’s youth, especially since more kids smoke than vape? Rush says it all goes back to the money. He explains that the sales tax from cigarettes goes a long way to line pockets and fund big government so our corrupt politicians allow tobacco products to stay available, despite the threat to kids.

Rush said that the e-cig critics have an agenda that has nothing to do with protecting kids. Instead, they are concerned with vaping because the tobacco industry is losing money now that many smokers have found a way to give up cigarettes by vaping. As a result, the government is losing money and tax revenue from cigarette sales is steadily declining. Until they find a way to tax e-cigs, they are going to try to get rid of them or spread lies through the mainstream media to discourage smokers from switching.

Brent Stafford
The U.S. vaping industry faces many unforeseen challenges, but none is more threatening than the challenge posed by underage vaping. Preventing youth...