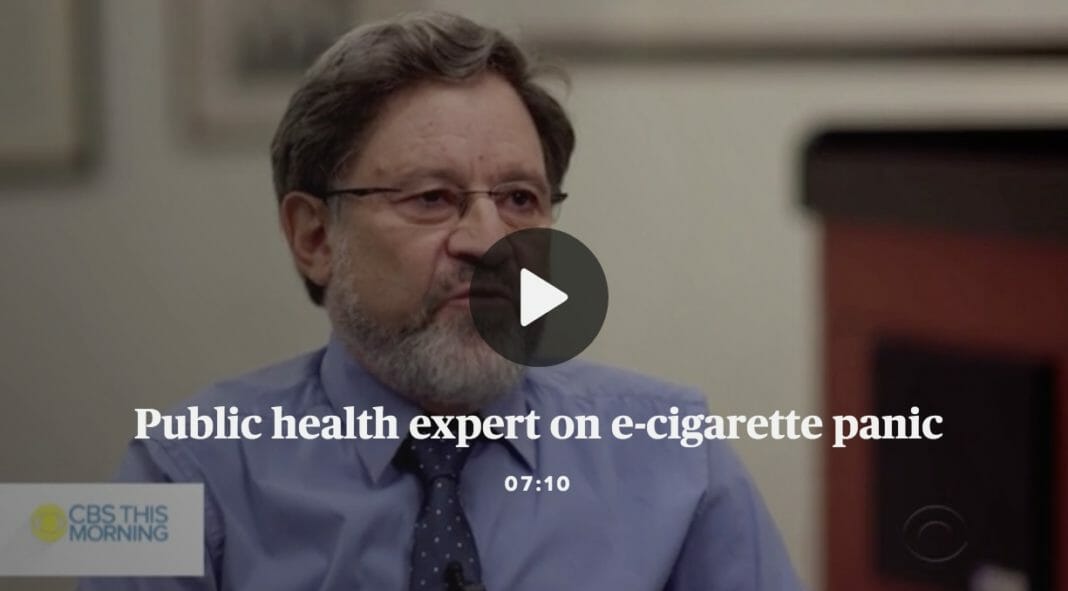 Researchers are working hard to determine the cause of more than 500 cases of lung illness affecting e-cigarette users.

Eight of those people have died, sparking a criminal investigation from the FDA – but even before this outbreak, e-cigarettes divided the medical community.  The American Lung Association has said that “e-cigarettes are not safe,” but the American Cancer Society said they’re “likely to be significantly less harmful for adults than smoking regular cigarettes.”

One of the web’s most talked-about pro-vaping videos is an experiment comparing the effects of tobacco cigarettes and e-cigarettes on the lungs, put out by England’s top public health agency.

Dr. David Abrams, a professor at New York University, said that he thinks that’s a fair estimate. “Actually, I would go further,” he said. “I think there’s no evidence from looking at the cancer biomarkers, that it could be as high as 98% or 99% for cancer.”