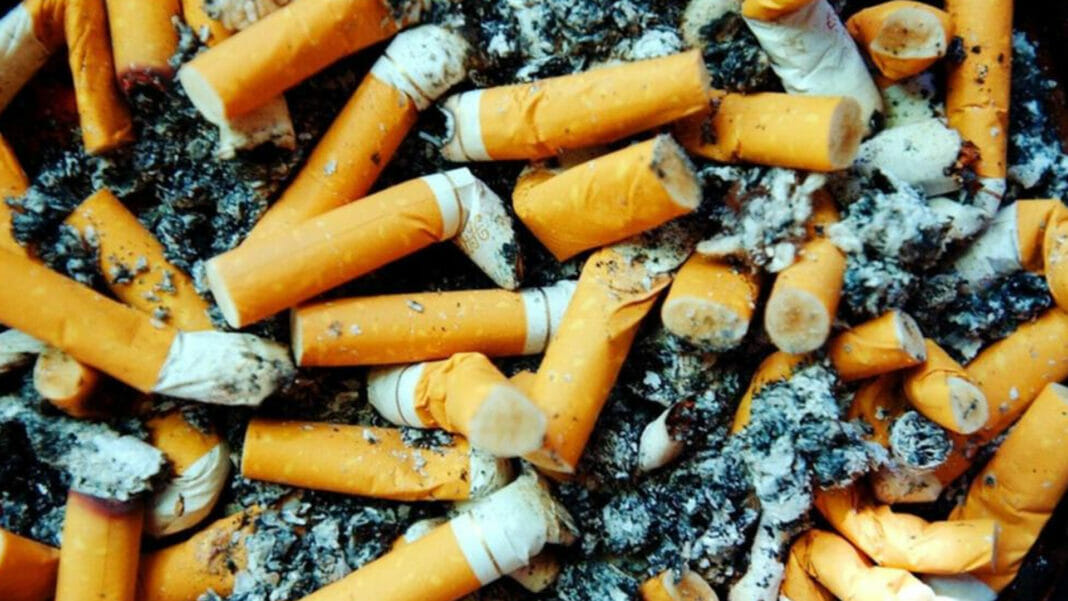 The world’s 1.3 billion smokers “improperly dispose of” an estimated 4.5 trillion cigarettes each year, making the butts “the most littered item on the planet”, according to STOP, an anti-tobacco organisation.

But even that deluge is “only a portion of the environmental harm caused by the tobacco industry,” STOP said, as tobacco is not only “grown on deforested lands” but its production “degrades soil and pollutes air, land and water.”

Billions of trees are chopped down each year to make cigarettes, accounting for five per cent of global deforestation, according to STOP, which said cigarette butts make up around 20 per cent of debris gathered during ocean clean-ups.

Chemicals leaching from a cigarette butt could be toxic enough to kill 50 per cent of the saltwater and freshwater fish exposed for 96 hours, going by experiments cited by STOP that saw butts soaked for 24 hours in a litre of water.

The damage is likely to get worse as vaping, or smoking e-cigarettes, becomes more popular, said STOP, which is funded by Bloomberg Philanthropies and is a partnership including the University of Bath in Britain and the Bangkok-based Global Centre for Good Governance in Tobacco Control.

Waste from the vaping devices could be “a more serious environmental threat” than cigarettes, STOP warned, as it “contains metal, circuitry, single-use plastic cartridges, batteries and toxic chemicals in e-liquids.”

As well as damaging the environment, smoking kills around eight million people a year worldwide and incurs “significant health-care costs,” according to the World Health Organization (WHO).

Curate RegWatch
Health Minister Christian Dubé warned he's planning to crack down on vaping. You may have to kiss your favourite e-liquid flavours goodbye. According to a...

U.S. to allow temporary rise in impurities in anti-smoking drug

Why compliance matters for the vape industry