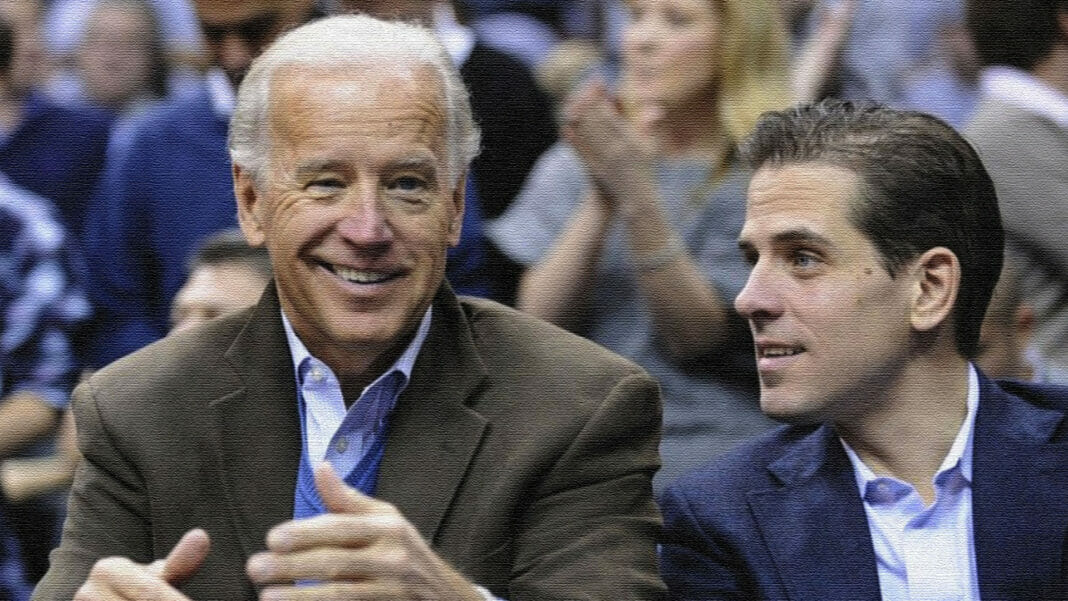 A bombshell report from the New York Post claims that back in 2015, Hunter Biden introduced his father to a top executive at Ukrainian energy company Burisma.

This introduction occurred less than a year before Vice President Biden successfully pressured the Ukrainian government into firing the prosecutor who was investigating Burisma, by threatening to withhold a $1 billion loan unless they did so.

The Post reports that the “never-before-revealed meeting is mentioned in a message of appreciation that Vadym Pozharskyi, an adviser to the board of Burisma, allegedly sent Hunter Biden on April 17, 2015, about a year after Hunter joined the Burisma board.” Hunter Biden was reportedly making over $80,000 a month to serve on the board of the company, despite having no experience in the energy sector, raising questions about whether his position was actually about getting access to the Obama White House.

“Dear Hunter, thank you for inviting me to DC and giving an opportunity to meet your father and spent [sic] some time together. It’s realty [sic] an honor and pleasure,” reads the e-mail, dated April 17, 2015.

In another email from May 2014, Pozharskyi asks Hunter for “advice on how you could use your influence” on behalf of the company.

Hunter was cleared to work for Burisma by the Obama White House despite the Obama State Department raising objections about it. Burisma reportedly asked the Obama administration to quash corruption allegations against the company.

The emails were found amongst “a massive trove of data recovered from a laptop computer” that had been dropped off, possibly by Hunter Biden, at a repair shop in Delaware. The Post reports that “other material extracted from the computer includes a raunchy, 12-minute video that appears to show Hunter […] smoking crack while engaged in a sex act with an unidentified woman, as well as numerous other sexually explicit images.” The computer and its hard drive were seized by the FBI in December.

Joe Biden has repeatedly claimed to have been unaware of his son’s business dealings.