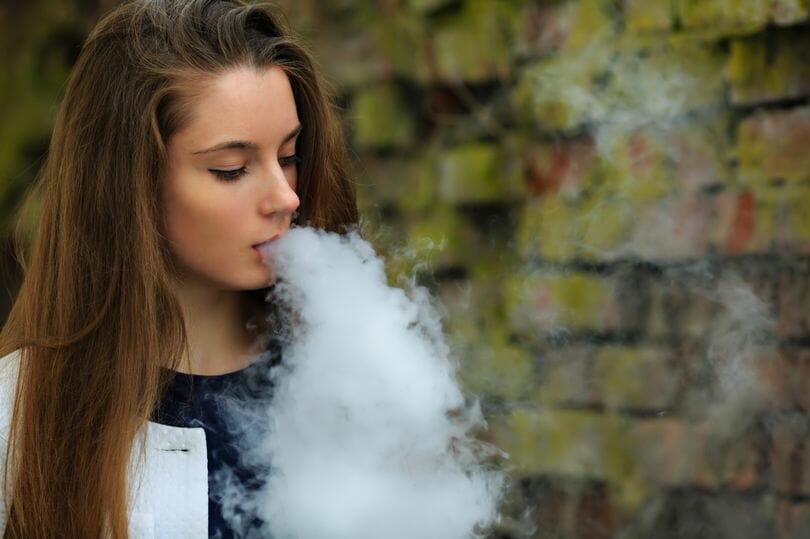 The FDA took a huge step on Wednesday when, for the first time, it approved three electronic cigarettes for sale, saying the help they could provide to people trying to quit traditional cigarettes outweighs their risk.

But experts complain that teen vapers who want to quit aren’t getting the help they need. Regulators haven’t authorized any tools to help young people stop vaping, despite a growing public health crisis.

“This is the crucial issue for this generation of kids,” says Aruni Bhatnagar, a professor of medicine at the University of Louisville who studies youth vaping and tobacco use.

Teen vaping by the numbers

When they hit the market in 2015, JUUL’s devices were touted as revolutionary for helping adults quit smoking. But they quickly found their way—with the company’s help, thousands of lawsuits allege—into the hands of young people who had never smoked before. By December 2018, so many teens were vaping that the Surgeon General declared it an epidemic.

But that decline didn’t last. More than a quarter of the approximately 2 million U.S. middle and high school students who said they vaped in the 2021 National Youth Tobacco Survey described themselves as daily users.

Both cigarette smoking and vaping rely on a highly addictive chemical —nicotine— for much of their appeal. But that’s where the similarity stops, says Michael Chaiton, an epidemiologist who focuses on substance use at the Center of Addiction and Mental Health in Toronto.

By lighting up throughout the day, cigarette smokers receive intermittent doses of a comparatively low amount of nicotine. Meanwhile, teen vapers are able to take hits from their e-cigarette pretty much anywhere at almost any time. They end up consuming more nicotine than they realize —for some, the equivalent of smoking multiple packs of cigarettes daily.

These differences even come down to the shape of the device and the way it feels to take a hit. For adult smokers who are switching, they can be “a huge barrier,” Chaiton says. After all, lighting a cigarette and inhaling is something a smoker has done thousands of times. But for teens, vaping and smoking are largely unrelated.

The contours of that addiction have yet to even be defined. For one thing, the developing brains of teenagers are affected differently by nicotine than those of adults. But nicotine is only part of a much more complicated picture. The experience of vaping, its social meaning, even different vape flavorings may play a huge role, Chaiton says. The problem is that neither he nor anyone else knows for sure.

Different techniques are needed for quitting

Conducting high-quality studies to learn more about young vapers is complicated and expensive. But without their results, it’s impossible to be sure that anti-vaping programs for youth will work or help those who want to quit.

Much of the research that does exist is focused on e-cigarettes’ use by adult smokers to quit. That’s partly because smoking is worse health-wise than vaping, and the focus, therefore, has been on converting adult smokers to the lower-harm option, Chaiton says.

That’s also the sales pitch used by e-cigarette makers. And that harm reduction rationale was cited by the FDA’s Mitch Zeller when authorizing the sale of Vuse Solo e-cigarettes on Wednesday. The agency’s analysis of data submitted by the product’s maker, R.J. Reynolds Vapor, found that adult study participants who used the product were exposed to fewer toxins than smokers.

Experts who focus on youth vaping say more conclusive information is needed. The 2020 Surgeon General’s Report on Smoking Cessation highlights that there’s still no robust evidence showing adult smokers who switch to vaping go on to quit using nicotine entirely. While the possible benefit of vaping for grown-up smokers should be researched, the report concludes, it shouldn’t come at the cost of greater e-cigarette use by young people who never smoked.

Research suggests most young people who vape already intend to quit. For some, that may be as easy as simply stopping. But for those who seek a doctor’s help, the options are far more limited than they are for adults.

For one, the evidence is stronger that nicotine replacement therapy, or NRT,  is effective in helping adults quit. As with any drug, a doctor must weigh the potential harm of prescribing against the benefit it offers a patient.

Nicotine replacement is a particularly difficult one to make that calculus for, says Bhatnagar, since it has been shown in animals to be harmful to brain development. “You have to be very careful in the dosage,” he says.

Beyond that, nicotine exposure from vaping is difficult to quantify, he says, since there are so many devices available with varying levels of nicotine. All these factors may make healthcare providers hesitant to start teens on nicotine replacement.

The CDC’s Office on Smoking and Health has collaborated with the American Academy of Pediatrics to develop resources for doctors, including a fact sheet on using NRT off-label for teens who vape. However, it notes that “research on the effectiveness of NRT for helping youth quit successfully is limited due to a lack of adequately-powered studies.”

Usually, it would be the FDA’s job to compel drug makers that want to market their nicotine cessation products to a specific population, such as teens, to conduct the lengthy and costly studies required to prove their safety and efficacy. The agency declined to comment to Fortune about whether any such applications or trials exist.

In an emailed statement, an agency spokesperson stated it “does not provide information on [nicotine replacement therapies] use in children because no recommendations on effective use are available.” People under 18 are still free to use nicotine replacement products like “the patch,” lozenges or gum if their physicians advise it, the spokesperson wrote.

Halpern-Felsher is part of a Stanford team producing a vaping toolkit for health professionals who work with adolescents that also includes information about prescribing nicotine replacement for patients trying to quit. “We did that partly because I have had healthcare providers say to me ‘it’s not approved if you’re under 18,’” she says.

Adults might also use smoking cessation drugs Chantix and Zyban, which do not contain nicotine and work to curb cravings. Neither are recommended for people under 18, the FDA spokesperson told Fortune.

Behavioral treatments like counseling could help teens, Chaiton says, and they sidestep the questions of drug safety and efficacy. In findings from his team’s research, the biggest obstacle teen vapers face is “lack of self-awareness,” something associated with the growing brain. “Some of them actually quit vaping… once they started to think about what they were doing,” he says.

He points to the “This is Quitting” program, from the Truth Initiative, a youth anti-tobacco nonprofit, in which people aged 13-24 can sign up for text messages that offer tips and encouragement. “It’s providing that self-awareness, which is enough of a kick for many people to be able to get control of their behavior,” Chaiton says.

Messaging from sources teens trust, like peers, is also important for reaching youth, he says. “Youth don’t trust many sources of information. The government sources on vaping tend to be perhaps overly dramatic.”

Both the FDA and CDC have a number of initiatives underway to prevent youth from starting to vape, agency spokespeople told Fortune. These include providing education resources to parents, teachers and doctors as well as direct outreach to youth.

When it comes to vaping, says Chaiton, regulators are trying to solve two opposing problems. The first is to help adult smokers quit and the second is to avoid harming youth. It’s an uneasy mix made more precarious by the lack of hard data on who vaping helps and who it hurts—as well as the worst-case scenario for teen vapers, which is that they become cigarette smokers.

The difficulty of striking the regulatory balance was reflected in the news about this week’s FDA first. The bulletin stipulated that the agency’s approval could be withdrawn “if credible evidence emerges of significant use by individuals who did not previously use a tobacco product, including youth.”