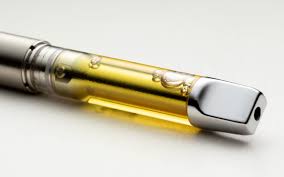 The Foundation for a Smoke-Free World recently commissioned an independent analysis of media coverage before, during, and after the 2019 US EVALI (e-cigarette, or vaping, product use-associated lung injury) outbreak.

Our analysis covered over 18,000 news stories published by top-tier media outlets in the United States, United Kingdom, India, and South Africa between January 1, 2019 and March 31, 2020.

In August 2019, one month before the outbreak peaked in September, the US Centers for Disease Control and Prevention (CDC) coined the term EVALI. Our goal with this media analysis was to uncover how journalistic coverage of the EVALI outbreak influenced public perceptions surrounding nicotine.

Health officials in the United States noticed a sudden cluster of vaping-related lung injuries in July 2019. Most victims reported using bootleg tetrahydrocannabinol (THC) vaping products. Neither the geographic distribution nor the age distribution of EVALI patients correlated with legal nicotine vaping.  All individuals with EVALI who were tested had vitamin E acetate (VEA) — a thickening agent used to ‘cut’ illegal THC vape oils — in their lungs. In April 2020, the EVALI lung poisonings were shown to be most common in US states where recreational cannabis and THC use are illegal.

In November 2019, the US CDC publicly confirmed the probable cause of EVALI (in May 2020, the CDC congratulated itself for pinpointing VEA as the culprit). VEA seems to have entered the bootleg THC vape oil supply chain in late 2018. By early 2019, legal THC vape oil producers were proudly proclaiming that their products did not contain VEA.

In September 2019, a prominent member of that community, who had raised alarms linking VEA to lung injuries as early as August, published a comprehensive article that traced the journey tainted bootleg THC cartridges took from China to the United States:

What we know is this: Near the end of 2018, a new additive entered the street THC vape cart supply. And hundreds of serious pulmonary injuries, and possibly as many as nine deaths, followed.  Public health officials and labs have discovered the new additive — a form of vitamin E oil used as a cutting agent — tainting a large amount of the devices that sick people reported using.

WHO distracts from decades of failed efforts to reduce smoking with...

Curate RegWatch
The World Health Organization (WHO) and its single most significant funder for anti-smoking efforts, US billionaire Michael Bloomberg, have today sought to...

Science In Crisis | Precipitous fall from Climate, to Vaping to...