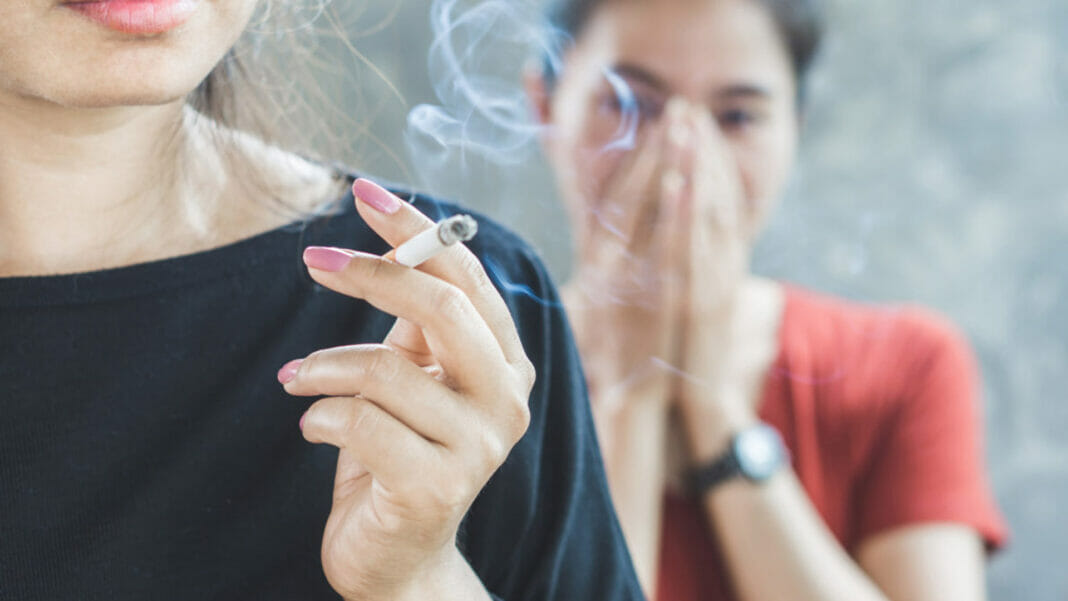 Six months into New York City’s smoke-free ordinance, there has been a spate of criticism about the wisdom of sticking by such a ban.

The most notable came in a roundabout swipe from none other than former Mayor Rudolph W. Giuliani, who declared during a trip to Ireland last month that Irish citizens should have the choice to smoke in public places. (Mr. Giuliani later tried to distance himself from his comments.)

But if New York — as well as other cities and municipalities — is ever tempted to rescind its smoking ban, it should look at the goings-on in Helena, Mont. The citizens of Helena voted in June 2002 to ban smoking in all public buildings — including restaurants, bars and casinos. Soon after, doctors at the local hospital noticed that heart-attack admissions were dropping. So they, in conjunction with the University of California, San Francisco, did a study to measure the potential short-term effects of a smoking ban.

Helena is a perfect place for such a study: relatively isolated, with enough people in the region (66,000) for a meaningful population sample, and only one cardiac-care hospital within a 60-mile radius. So it was easy to control the study sample and methodology: if you get a heart attack in Helena, there’s only one place to go for treatment.

The study showed two trends. First, there was no change in heart attack rates for patients who lived outside city limits. But for city residents, the rates plummeted by 58 percent in only six months.

”We know from longer-term studies that the effects of secondhand smoke occur within minutes, and that long-term exposure to secondhand smoke is associated with a 30 percent increased risk in heart attack rates,” says Stanton Glantz, a professor of medicine who conducted the study’s statistical analysis. ”But it was quite stunning to document this large an effect so quickly.”

It was also stunning to witness what happened next. The Montana State Legislature, under pressure from the Montana Tavern Association and tobacco lobbyists, rescinded the ban in December. The result: heart-attack rates bounced back up almost as quickly as they dropped.

The bottom line of Helena’s plummeting, then soaring, heart attack rate is painfully obvious: secondhand smoke kills. Only 30 minutes of exposure to it causes platelets in the bloodstream to become stickier. When that happens, blood clots form more easily, which can block arteries and cause heart attacks.

Dr. Richard Sargent, one of the study’s authors, points out that eight hours of working in a smoky bar is equivalent to smoking a pack of cigarettes a day. In such an environment, other studies have shown, workers more than double their chances of developing cancer and asthma, and pregnant workers put themselves at risk for miscarriage and premature delivery.

All of which make Mr. Giuliani’s comments particularly ill informed. In addition, despite the dire economic predictions that preceded it, the smoking ban in New York City does not appear to have drastically depressed business. From March to June, the city created 10,000 new restaurant and bar jobs, according to the Department of Labor. The state Department of Taxation and Finance’s most recent report of alcohol and beer tax collections (which measures both on-premises consumption and retail sales) shows that revenues rose to $15.2 million this past August, from $14.4 million in August 2002. And although the tobacco lobby continues to finance a campaign claiming that New Yorkers are unhappy with the ban, a poll released earlier this month by Quinnipiac University reported that 59 percent of voters in the state favor prohibiting smoking in public places; another survey, commissioned in August by antismoking groups, found that 70 percent of New York City voters support it.

At a time when the city’s budget is in tatters, smoking in public places also sets off an enormous domino effect in public-health spending by creating or worsening illnesses whose treatment costs are eventually shouldered by taxpayers. For all of these reasons, New Yorkers can’t afford to be as easily defeated as the unfortunate citizens of Helena — nor as easily manipulated by the tobacco lobby and the politicians who are in its pocket.

Curate RegWatch
There was a deafening roar last week caused by Australia’s tobacco control experts congratulating themselves on the latest national smoking results. You could...

The effectiveness of using e-cigarettes for quitting smoking compared to other...

Up In Smoke: How Vape Bans Increase Tobacco Use