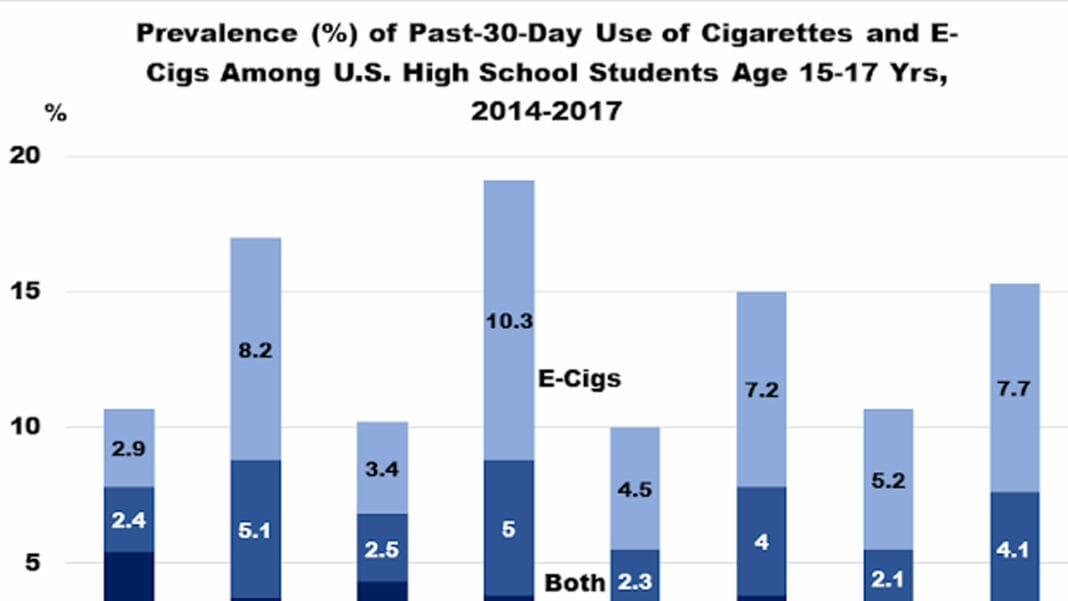 Teen vaping estimates from the CDC and other anti-tobacco crusaders are hyperinflated by the National Youth Tobacco Survey (NYTS).

As I have shown previously, the CDC routinely ignores the federal government’s premier tobacco survey, the Population Assessment of Tobacco and Health (PATH), which supports far lower vaping figures.

The chart at left, which includes the latest comparison from 2017, is crystal clear. It shows only underage high schoolers (age 15-17 years), since until recently tobacco products were legal for those 18 or older.

There is no legitimate reason for federal officials to ignore PATH, which was purposefully designed, implemented and funded by the FDA to inform federal tobacco regulation.  PATH should be the logical choice of all researchers, and, in fact, it has over the past five years appeared in twice as many PubMed articles as has NYTS.

Curate RegWatch
Using e-cigarettes and other tobacco products to keep from relapsing to cigarettes doesn't appear to be effective, according to a new...

E-cigarette Use Among Middle and High School Students — United States,...