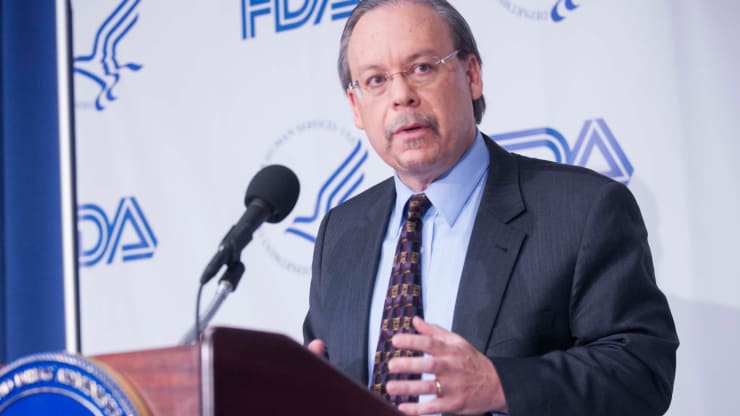 A top Food and Drug Administration official wavered Wednesday on whether the Trump administration will follow through with its ban of flavored e-cigarettes, telling lawmakers there is “no final answer” right now.

Trump health officials in September said the administration was on flavored e-cigarettes, but the policy appears to have stalled since then. Public health advocates worry the administration may be buckling under pressure from vaping companies and Trump supporters that are lobbying against the ban.

The Senate Committee on Health, Education, Labor and Pensions on Wednesday grilled Mitch Zeller, director of the FDA’s Center for Tobacco Products, about when they might expect to see the ban or whether one even exists anymore. Zeller repeatedly referred questions to the White House, prompting frustration and at times visible anger from some senators.

“I think any questions about the current state of policy really needs to be directed to the White House,” Zeller said. “We are in a deliberative process. The White House made an announcement in September, and we are working to advance a policy consistent with taking steps to do everything that we can to protect kids from these products.”

Sen. Tim Kaine, D-Va., read the September announcement aloud and pressed Zeller on whether the Trump administration still intends to clear the market of flavored e-cigarettes. Zeller said he understands Kaine’s frustration with his inability to share more detailed information — before Kaine cut him off, saying he was not asking about details.

Zeller said all he can say is the administration is continuing to advance a policy to address youth e-cigarette use, before again being cut off.

“Let me ask you this,” Kaine said, “do you know the answer to my question?”

“There is no final answer as of now,” Zeller responded.

Kaine said either Zeller does not know what the Trump administration intends to do or Zeller does know and is not telling Kaine.

“There is no final answer on the policy question, that’s why we continue to have these discussions internally,” Zeller said.

Sen. Maggie Hassan, D-N.H., expressed her frustration with the delay.

“I understand the deliberative process argument, but let me be clear, what you are hearing from everybody up here is that we have children who are getting hooked on these products,” she said. “There has been a lot of delay. We are looking for a strategy, and we are looking for you guys to move through your deliberations. You’ve had plenty of time already, and kids, people, Americans all over this country, are being hurt.”

Curate RegWatch
Juul Labs Inc. failed to block the first trial set in a flurry of more than 2,500 personal injury cases accusing the...

Science has marched on: it’s time to update the advice to...