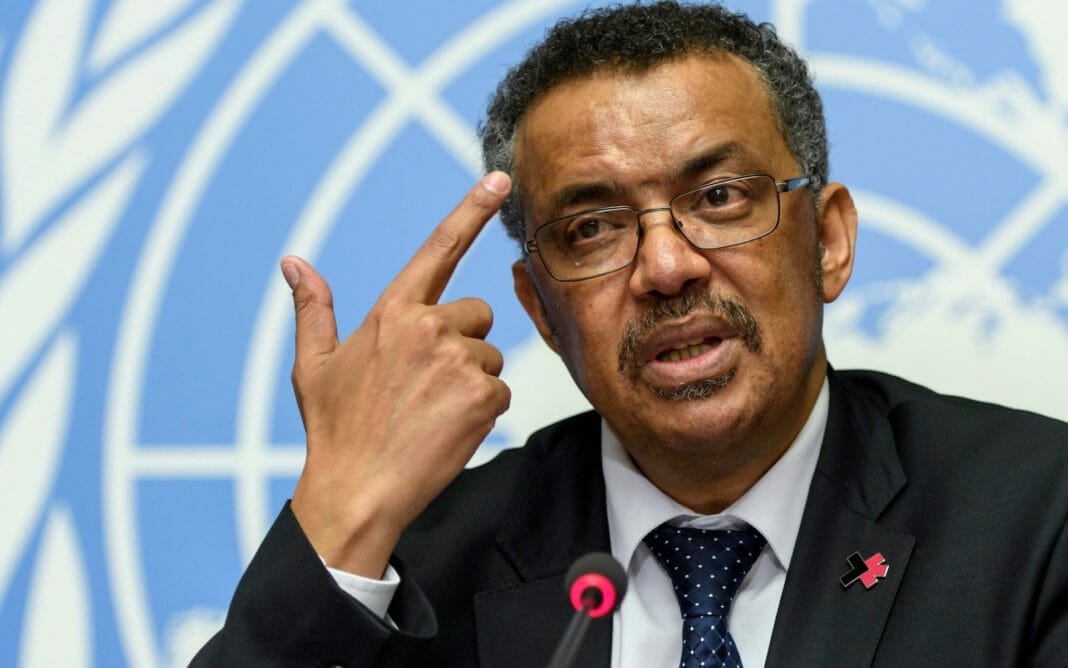 Remember when the World Health Organisation made Robert Mugabe its goodwill ambassador? I think about that a lot.

We all make mistakes, but the decision to honour the butcher of Zimbabwe was so epically misjudged that there seemed to be only two possible explanations: either the WHO is fantastically corrupt or it is run by people who have lost their minds. Neither is a comforting thought when the organisation is charged with protecting the health of everybody on the planet.

The WHO has been criticised for mishandling epidemics before, but its response to Covid-19 has been dangerously inept and often bizarre. In mid-January, approximately six weeks after the virus had been discovered in Wuhan, the WHO repeated the dishonest claim from the Chinese government that there was no evidence of human-to-human transmission. On 21 January, as countries outside China were reporting their first cases, the WHO retreated to its comfort zone and put out a long Twitter thread about the dangers of vaping, including pseudo-scientific claims about e-cigarette fluid burning people’s skin and secondhand vapour posing a mortal threat to bystanders.

In early February, WHO Director-General Tedros Adhanom Ghebreyesus urged countries not to close their borders to people travelling from China because it might “have the effect of increasing fear and stigma”. Weeks later, he was still insisting that “our greatest enemy right now is not the #coronavirus itself. It’s fear, rumours and stigma.” Tedros said nothing about the stigma of travel bans on 28 March when China sensibly closed its own borders to prevent a new outbreak, although he did manage to take a phone call from Lady Gaga.

As late as 27 February, the WHO was still claiming that “there does not appear to be widespread community transmission”, and it was not until 11 March that the WHO officially declared a pandemic. Tedros had previously resisted using the word because he feared it could create – you guessed it – “unjustified fear and stigma”. Of whom, he did not say.

Examples of the WHO’s dogged defence of China are too numerous to mention. WHO officials have, for example, praised the Chinese government for being “remarkably transparent” and have asserted that the world owes China “gratitude and respect” for its response to the outbreak.

Why has the agency been so craven to a dictatorship that has covered up so much for so long? Perhaps it sees a kindred spirit. Those of us who pay attention to the WHO in less troubled times are familiar with its culture of secrecy and unaccountability. It shares China’s penchant for expelling journalists, albeit only from conferences, and it routinely publishes politicised reports under the cloak of anonymity. We have seen it cosying up to the world’s worst regimes, giving awards to basket-case human rights violators in Turkmenistan and the Philippines, and praising North Korea for its enviable health service and low rates of obesity. We have seen the misuse of funds, expenses scandals and a steady stream of corruption allegations.

The WHO lost its way a long time ago. Partly influenced by deep-pocketed philanthropists from the USA, Tedros’s predecessor, Margaret Chan, became obsessed with western lifestyle regulation. Some hoped that the election of its first African leader would get the WHO’s eyes back on the prize of eradicating infectious disease, but Tedros’s reign has seen the agency declare a quixotic war on “non-communicable disease” to be waged with sugar taxes, advertising bans and a global treaty on “alcohol control”. Its perverse campaign against e-cigarettes is only one of a number of areas in which it shows scant regard for scientific evidence.

Donald Trump has his reasons for wanting to blame others for America’s devastating coronavirus outbreak, but he is right to threaten to defund the WHO. Money talks and the USA is the agency’s biggest single donor. If there is hope of reforming this rotten organisation, it will only happen if it sees the cash drying up.

Britain should follow America’s lead. We gave the WHO over $200 million in 2018, making us its second biggest contributor. On a per capita basis, we are comfortably its biggest donor. Since our largesse does not seem to have bought us any soft power with the WHO, it is time to stop asking nicely. Tedros must go and the agency must get back to its original mission. If it cannot be reformed, it should be replaced.