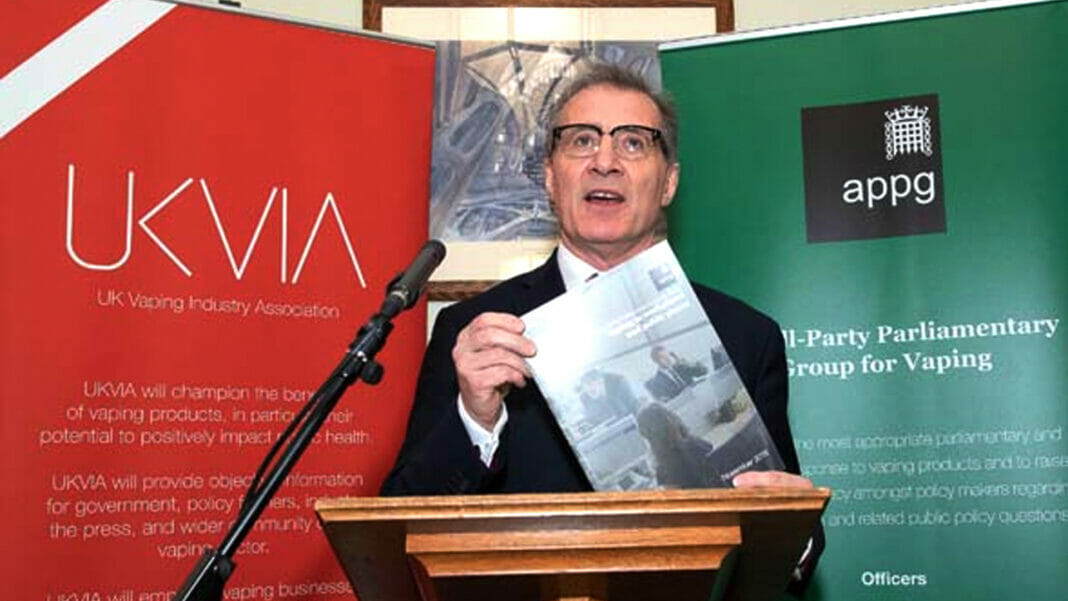 In a report released March 31, the All-Party Parliamentary Group (APPG) on Vaping calls upon the U.K. government to make the most of Brexit by challenging the World Health Organization’s (WHO) opposition to vaping at the upcoming Framework Convention on Tobacco Control (FCTC) Conference of Parties (COP).

The call follows a four-month Inquiry into the FCTC by the APPG, which investigated the FCTC’s history, governance and approach to evidence-based decision-making. It was prompted by the WHO encouraging and applauding bans on vaping.

At a time when the U.K. government has set an ambitious target to make England smoke-free by 2030 and Public Health England has asserted vaping is at least 95 percent less harmful than smoking, the members of the House of Commons and the House of Lords wanted to ensure the WHO doesn’t turn its back on the lives of the 1 billion people around the world who still smoke, including the 7 million in the U.K.

The parliamentarians—which included Viscount Matt Ridley, a vocal advocate for reduced harm alternatives—have called on the government to consider “dramatically scaling back our funding” if they don’t see a change in the approach from the WHO with the FCTC better reflecting the U.K.’s national interests.

Brent Stafford
It’s a legitimate concern for the Canadian vaping industry, how to redesign refillable vaping devices and vaping parts to meet Health...

Experts Share Evidence About Flavours in Submission to Dutch Government