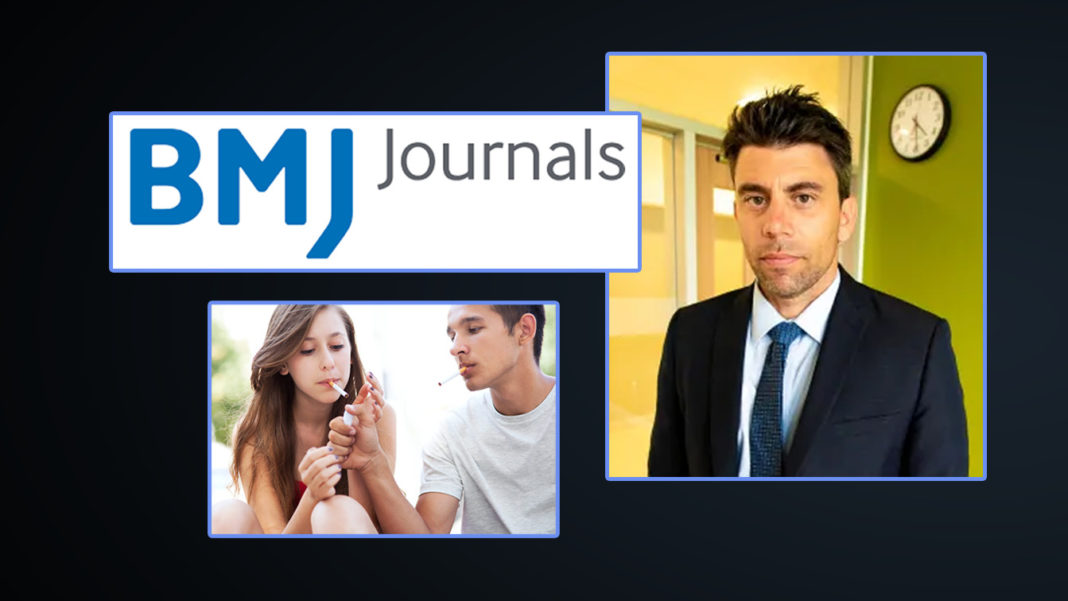 We are writing to provide an update on estimates of smoking and vaping among adolescents from the ITC Youth and Vaping Surveys conducted in Canada, England, and the US.

The findings published in our paper indicated that smoking among 16 to 19 year olds might have increased in Canada between 2017 and 2018. At the time of publication, no other national estimates were available for 2018 in Canada, and smoking rates among 15 to 19 year olds had not declined between 2015 and 2017, after several decades of steady decline.  However, after publication of our paper, Health Canada released data from its national monitoring survey of youths, the Canadian Student Tobacco, Alcohol and Drugs Survey (CSTADS), which did not indicate an increase in smoking between 2016-17 and 2018-19.

Curate RegWatch
The encouraging public health news was tempered by evidence that many high school users were taking advantage of a regulatory loophole...

Re-exploring the early relationship between teenage cigarette and e-cigarette use using...