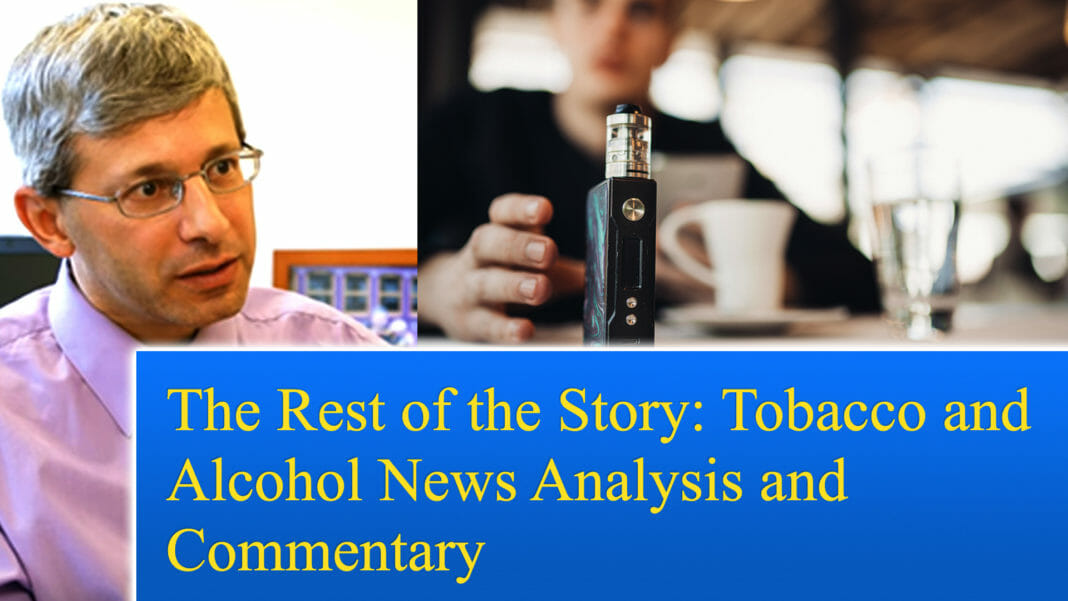 Unlike most other state health departments, which are conflating the respiratory disease outbreak associated with black market (and a few legal dispensary-sold) THC vaping products and the general problem of youth e-cigarette use, the Utah Department of Health has issued a report which unequivocally concludes that vaping marijuana is causing severe respiratory illness, which has now affected 71 residents in the state.

Unlike the CDC and many state health departments, which are doing everything they can to undermine the observed connection between outbreak cases and marijuana vaping, the Utah Department of Health concluded that: “Given the evidence outlined below, vaping THC cartridges or “carts” is likely the driver of this outbreak of severe lung injury. The UDOH recommends people do not vape THC cartridges until we learn more.”

The evidence presented in the report is overwhelming:

Guest commentary: Yes, e-cigarettes are harmful to your health

Curate RegWatch
Although I have been studying electronic cigarettes for several years, sometimes it feels like the same questions keep coming back around:...