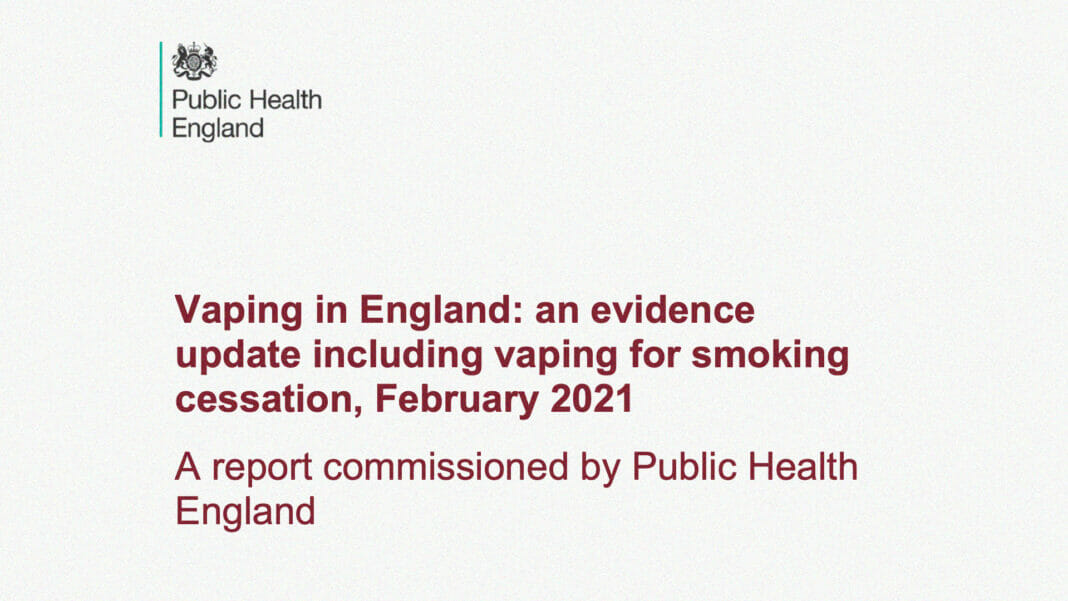 This is the seventh report in a series of independent reports commissioned by Public Health England to summarise evidence on vaping products to inform policies and regulations.

Smoking remains the largest single risk factor for death and years of life lived in ill-health and is a leading cause of health inequalities in England and in other parts of the world.

his report covers the latest evidence on prevalence and characteristics of vaping in young people and adults in England, with a particular focus on data emerging since the last vaping evidence report published in 2020.

This report also includes an update of the evidence on the impact of vaping products on smoking cessation, last examined in detail in the 2018 e-cigarettes and heated tobacco products evidence report.

Curate RegWatch
E-CIGARETTES could soon be prescribed on the NHS to help smokers kick the habit. Doctors in England would be the first in...

E-cigarette Product Use, or Vaping, Among Persons with Associated Lung Injury...